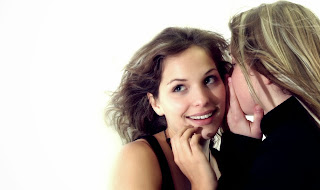 How many levels of abstraction can you count in this recent press announcement: ‘A Quentin Tarantino film is to be adapted for the stage by US theatre company Secret Theatre. The company does not reveal the location, cast or title of its show until a week before the run. Audience members are provided with clues about the production, given a dress code and a password.’
Hold on! There is more (aside from the actual show) says Secret Theatre director Richard Crawford: ‘There are many pre-events we do as well. For this production we did a training day at King’s Cross...and we are also throwing a pre-party at a secret underground venue.’ Whoop!
It’s probably rather unfair of me to pick out this particular press announcement - especially since I’m yet to see Secret Theatre’s work as this is the first time they’ve played in London.  But this press release, shrouded in mystery and marketing concepts and rinsed of substance, is the final straw. Theatre as a gimmick, particularly in London, is getting out of control.

Want to eat some food with your play? Of course you do! Why not go and see Gastronauts at the Royal Court! I can’t tell you what this ‘show’ will be about but I can tell you it will be a ‘theatre adventure with food and music’. Goody.

What about a show in the pitch dark? These are becoming increasingly common in London. As with all of these high-concept shows, there are some brilliant exceptions. The Ring at the Battersea Arts Centre saw the audience given headphones, seated in darkness and subjected to one of the most twisted and provocatively manipulative shows I’ve ever had the fortune/misfortune to experience.
But a lot of these shows are performed in the pitch-black for no discernible dramatic purpose. Tutto Bene, Mama? at the Print Room in Notting Hill was a prime example of theatrical gimmickry superseding theatrical sense. As a little boy plays around his mother’s corpse, the audience is subjected to an array of ‘sensual’ experiences, including the smell of burning toast. I imagine it was meant to be scary – to invoke the sense of rotting corpse– but it just felt silly.
Theatre as an extended ghost-ride is also taking off. Again, I’m all for watching a chilling show – but the emergence of ‘Thrill Fest Theatre’  is cheapening this potentially terrifying genre. The danger with ‘concept theatre’ is that a good initial idea is endlessly ripped off and ultimately ruined. See the latest clanger of a horror show  Afraid of the Dark at the Charing Cross Theatre. The show wasn’t scary but the reviews were terrifying.
Then there is promenade theatre, which takes place in unusual venues (often outdoors) and requires the audience to negotiate a space independently. This genre kicked off in 2000 with the infamous Punchdrunk theatre company. Their early shows, such as Masque of the Red Death, restlessly pushed theatre into strange new realms of possibility. But the promenade show is now such a marketable gimmick that many theatre practitioners have stopped considering whether the promenade aspect is really suitable. I’ve watched countless ‘promenade’ shows which are really just conventional plays that have been forced into the promenade mould.
This is just the tip of the theatrical-gimmick iceberg. There is also: overnight theatre, theatre with headphones, one-on-one theatre, theatre as cinema, theatre as art, hotel-tour theatre. There are some theatrical gems nestling in that list; the type of boundary-pushing, dangerous theatre that lots of us long for. But there is also a lot of very bad work.
The rise of the theatre gimmick is making theatre makers lazy. ‘Let’s do the next big horror night’, say producers, rather than investing time and money in searching for a genuinely chilling play. ‘Let’s stage our piece in a warehouse’  – regardless of whether such a move suits the writing. The list of lazy mismatching goes on. If theatre practitioners continue to make shows with merely a marketing hook in mind, then they're selling everyone short.