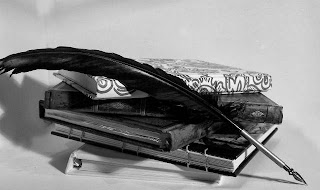 I recently joined the Drama Section of the Critics’ Circle, a professional association of British critics across the arts. I’m sorry to report that there are no secret handshakes, no invisibility cloaks and not even a mantra. What there is, is a lot of people worried about their jobs.
British theatre criticism is going through a torrid time right now. Libby Purves, the principal theatre critic at The Times, has just been axed and the Independent On Sunday’s arts critics were recently sacked in one fell swoop. It feels like the beginning of the end for print journalism.
Some critics are facing this crisis head on. Others are shoving their (sizeable) heads in the sand. Worryingly, rifts are forming between the online and print community of critics. These rifts felt positively seismic at the Critics’ Circles’ recent Centenary Conference, entitled The Future of Criticism. I wasn’t able to attend but – tellingly - I followed the series of debates online.
Whilst one Convention happened in ‘real time’ at the Royal Central School of Speech and Drama, another convention emerged online in the form of tweeted heckles. The internet, and the online theatre critics nestled within it, got angry. Theatre director Rupert Goold summarised the growing online antagonism with this tweet:  ‘A babel of online bitching. Crazy. We need to promote online voices but preserve criticism from hashtag hysteria.’
Agreed.  At the moment, needless lines are being drawn in the sand between print and online critics. After all, many critics - myself included - work for both mediums. Yet the tension between print and online critics persists. Barring a few particularly engaged critics, most print journalists still view internet bloggers as irrelevant amateurs. Meanwhile, on the other side of the internet abyss, many online critics consider print  journalists to be outnumbered and out-dated.
In reality, both these ‘sides’ need to learn from each other. Recently fired critics Libby Purves and Kate Bassett have both confirmed they will pursue their theatre criticism careers online. When print journalism dies, the print journalists will not ‘die’ with it! They will venture online, some enthusiastically and others with their noses held in disgust. Let’s hope they’re not too surprised by what they find there.
A lot of print journalists have much catching up to do. Internet criticism is not simply print criticism posted online. The reviews are often much longer and, well, better. There are no word counts and nuance, humour and a real commitment to description suddenly come into play. Online criticism is more than just words. It is debates, videos, drawings and discussions. It is interactive.
Embedded criticism is also developing a substantial online presence and following. This isn’t nearly as earnest or stuffy as it sounds. Embedded criticism is a new, dynamic and extended form of criticism, in which the critic, theatre and theatre company work together to create, develop and promote a show. It is a brilliant way of drawing a production and its audience closer together.
But there are still massive drawbacks to web-based theatre criticism. A lot of the writing is over-indulgent and inward-looking. Web-based theatre critics often define themselves as the ‘anti-print’ critic. This leads to poor practice; missed deadlines, sloppy editing or a determinedly eclectic focus, which alienates huge chunks of the theatregoing public.
Online critics could do with some mentoring - but such figures are hard to find. The career ladder has been whipped out from beneath the theatre critic’s feet. There was a revealing moment in the Critics’ Circle Conference when Michael Coveney (never knowingly under-scathing) asked freelance critic Matt Trueman (never knowingly under-spoken) where he envisioned himself in 5 years time. Trueman, to his credit, replied that he did not know. It is very hard to aspire to an unknown.
The next step has to be a ceasefire. Online and print theatre critics need to work together to envision and negotiate a healthy future for theatre criticism. If we pool our resolve, resources and passion we can help create a new form of online theatre criticism, which will be richer, smarter and sexier than your wildest dreams.
Oh – and we also need to get paid.
I think I need a drink.