'The Velveteen Rabbit' review or 'Let's all jump down the rabbit hole!' 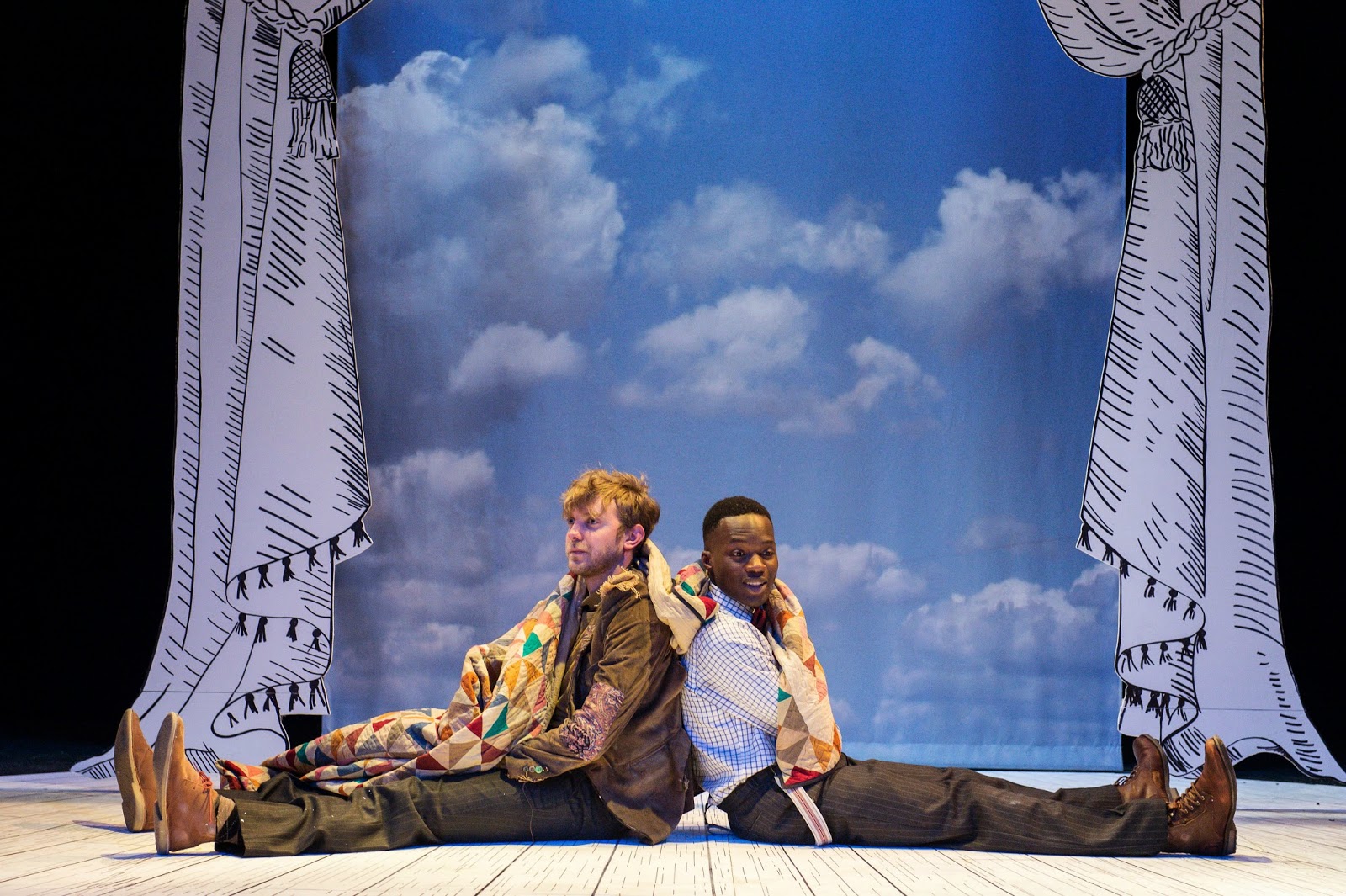 There are some – very rare – shows that have a confidence and magic about them from the moment they begin. ‘The Velveteen Rabbit’, a beautiful adaptation of Margery Williams’ popular children’s book, is one of those shows. The audience is spell-bound from the off and, as the narrators begin to tell their tale, the spectators giggle and sigh as one. We are swept away by this gentle but powerful story and the young crowd holds its breath, hooked until the very last moment.

‘The Velveteen Rabbit’ is a relatively simple story about a toy rabbit who learns what it is to be ‘real’ when he experiences the warmth (and loss) of a young boy’s love. It is about the power of the imagination and the way that life – even that of a little toy rabbit – is given meaning by the love that we receive from others. So, whilst the plot-line is quite straightforward – a toy rabbit is loved and brought to life by a boy and eventually left behind – the themes that glimmer behind the story are really quite sophisticated and sad.

On one level, this is really just a very funny and cheeky show about the games we play when we are young. Lots of the joy in Purni Morell’s production is to be found in the silly games that the young boy (Ashley Byam) and his rabbit (Christian Roe) play together. The two bring the boy’s bedroom to life, with the help of some gloriously effective stage action (enabled by James Button’s playful set). The sheets on the bed are pulled upwards and the bed becomes a ship, battered by a powerful storm. The two pull out the bed posts, which transform into swords and they scamper about the room, locked in a duel. The duo have a pillow fight together and the feathers from the pillow transform into snow that floats down from above.

Simple role-play builds and builds until what started out as something quite childish and fantastical begins to feel very real. The lines between the two states get blurred and, gradually, make-believe doesn’t feel so make-believe anymore. There is such a warm energy between Byam and Roe and their joyful performances spill over into the audience. We share in their happiness and, since we believe in them, we choose to believe in the reality they create on stage.

Roe develops an exceptionally powerful connection with his audience. He is ‘lumbered’ with playing the rabbit and yet (and this is where the stage version folds in so beautifully with the original storybook) he is the most relatable character in the show.  Our love for him makes him real. Roe’s wide eyes sparkle hopefully and there is a total openness about him, which draws us in. But there is a neutrality about Roe’s expressions, too, which keeps the rabbit hovering between something loveable and real and something not-quite-human. It is a finely calibrated performance which allows the children to warmly connect with the rabbit, whilst also keeping them at a slight distance.

Tarek Merchant underpins the show with his piano playing which lends the show a fantastical glow.  Composer Jason Carr’s music tinkles and comforts and gently wraps around us. It is the musical equivalent of your mum tucking you into bed and whispering: ‘Everything is going to be OK.’

But the show does eventually darken and all that comfort begins to curdle. The last few scenes are deeply upsetting. It says a lot about Morell’s theatre that I was pretty convinced, in those dying moments, that everything was about to go up in flames. No matter how much magic there is to be found in the Unicorn’s productions there is danger and sorrow too. Morell does not shy away from the colder truths nestling inside this story and the closing moments prod sharply, reminding us of the fleetingness of life and love. You won’t find escapism at the Unicorn Theatre but you will find an affirmation of the power of the present and the vital role that children can play in bringing this present bursting into life.