'Much Ado About Nothing' or 'Who got rid of all the words?'

‘Much Ado About Nothing’, William Shakespeare
The Old Vic Theatre, Tuesday 24th September
Written for The Ham & High 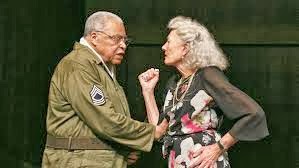 Mark Rylance loves to shake things up. He brought a thrilling energy to The Globe during his turn as Artistic Director and astounded as the chest baring, drum beating Jonny Rooster in ‘Jerusalem’. Now, directing at The Old Vic, Rylance has cast Vanessa Redgrave and James Earl Jones – both over 75 – as the romantic leads in ‘Much Ado About Nothing’. That takes gumption.

But the gamble has backfired. Rather than celebrating old age, Rylance’s shaky production over-exposes its older cast members. Rylance has relocated the action to England, 1944, with hunky GIs posing on every corner. James Earl Jones, as Benedick, plays one of these soldiers. It is an incredible role to give to an 82 year old actor and Earl Jones looks old, lost and out of place.

Earl Jones struggles to remember and enunciate his lines. It sounds like he’s recovering from a horrible dental procedure. His speeches are released in one long and monotonous rumble, all sound and no sense. The shadow of a fine actor occasionally wriggles free but this only makes his poor performance all the more upsetting.

It’s hard for Redgrave to make an impact alongside such a disappointing sparring partner. She looks splendid; an elegant countryside lady, snatched from the pages of a Boden catalogue. But Beatrice is, in Shakespeare’s words, ‘born to speak all mirth and no matter.’ It isn’t a role that comes naturally to Redgrave. Her jolliness feels forced and Redgrave’s innate dignity instinctively rises to the surface.

It is down to the secondary lovers - Hero and Claudio – to carry the show. Beth Cook’s Hero is vulnerable but with hidden steel. Lloyd Everitt’s Claudio is just about dashing enough to forgive his cruel treatment of his fiancé.

Ultz’s ugly set, which looks like a giant Ikea table, muffles the already garbled speech and sucks the colour right out of the show. With such a dull set, few decipherable speeches and an ice-cold sexual frisson, this is one of the limpest Shakespearean love-stories I’ve seen. 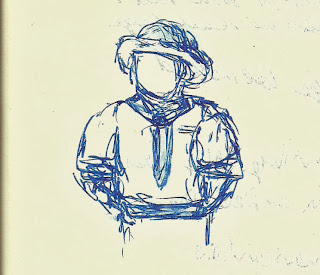