'The Duchess of Malfi' review or '(Don't) Get me some light!' 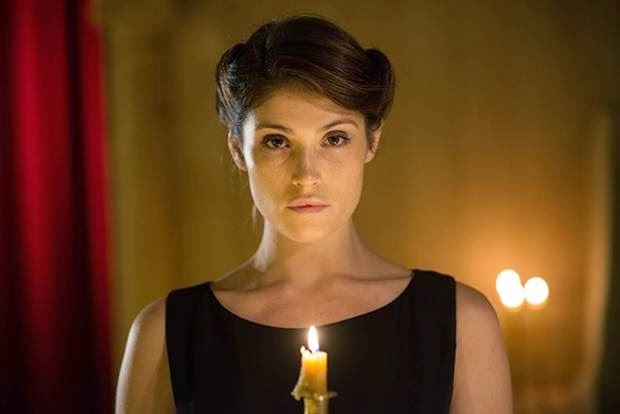 The Globe Theatre can hold over 3,000 people within its roofless walls but there is just one drawback – no winter shows. Enter the Sam Wanamaker Playhouse, which was always intended to neighbour the Globe but has taken 16 years to materialise. The Globe’s elegant and slighter sister, the Playhouse is a Jacobean style indoor theatre, which seats 340. Lit by beeswax candles, this is a thrillingly intimate venue, which sucks you into its shadowy depths.

Dominic Dromgoole has picked the ideal inaugural play in John Webster’s Jacobean tragedy, The Duchess of Malfi. This is a play infused with the idea of light versus darkness, faith versus futility. When Ferdinand hunts down his sister in her bed-chamber, he hisses at her: ‘This darkness suits you well.’ He isn’t half wrong.

Dromgoole resists the urge to smother his show in gothic horror. The first half, which sees the Duchess fall in love with her goodly steward Antonio, is light and warm. Gemma Arterton is all grace and poise, as she teasingly draws the man out of Alex Waldmann’s boyish Antonio. When they are torn apart, Antonio cries out to his wife ‘Best of my life’ and the audience, close and involved, shudders in sympathy.

Gone are the boisterous performances of The Globe Theatre and in their place is something much subtler and more complex. David Dawson’s Ferdinand (a role which often feels overblown) is always believable, even when he succumbs to lycanthropy and starts behaving like a wolf. He is unquestionably vile; a hissing, hard-eyed, spitting coward of a man. But there is also room for sympathy, as Ferdinand clutches and bangs at his head, unable to control the darkness within.

The cruellest characters interact freely with the audience. Dawson’s Ferdinand directs his confessions into the crowd and the Cardinal (a deliciously remorseless James Garnon) jokes with us. When Ferdinand orders a bunch of mad man to encircle the Duchess’ room, these crazy glassy eyed men seep out into the stalls.

Gradually, we are pulled into the dark underbelly of Webster’s play. Whilst Arterton’s Duchess grows in stature, her brothers sink to greater depths and drag us down with them. Strange and strangled laughter erupts from the audience, equally delighted and appalled. The play’s final lines are as much for us, as for those on stage: ‘In what a deep pit of darkness...does man-kind live!’