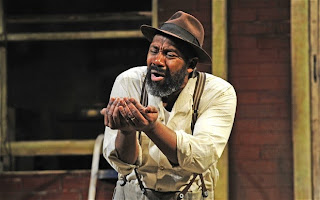 There’s nine more where this came from. ‘Fences’ is the sixth play in August Wilson’s Pittsburgh series, which examines racial tensions in the States from the perspective of African Americans. I hope they revive the whole ten play series – and place Lenny Henry at the heart of every production.

Henry has already impressed in ‘Othello’ and charmed in a lively production of ‘Comedy of Errors’ at the National. But this is the first show in which Henry owns the stage.  He has power and soul and tenderness to spare. Above all, Henry has an extraordinary ability to feel and emote in moment.

The role of Troy Maxson is seminal for black actors and has been tackled by James Earl Jones and Denzel Washington. It’s a role bursting with energy, joy, anger and passion. An ex baseball player, Troy now works as a rubbish collector in 1950s America. He lives for his family yet resents all he must sacrifice for them. He adores his wife Rose (Tanya Moodie – such a dignified performance) but feels trapped by his own devotion.

Henry’s Troy Maxson is as enigmatic as he is exuberant. As he launches into a stream of brilliant – slightly drunken – impressions, one wonders why he spends so much time in other people’s skin. He is gentle with his son Cory (Ashley Zhangazha) but one can feel the anger pooling beneath the warm grins. As father and son build a fence together, their activity starts to crackle with menace.

The only time Henry rings false is near the close, when Wilson’s baseball metaphors start to feel over-pitched. As Troy’s stretched soul finally snaps, he barks about the endless curveballs life throws at the black man. Libby Watson’s set starts to feel twee (all those stagey trees!), the actors too big for the space and Wilson’s script overdone.

But Henry blasts through these shortcomings with a final rally cry. He rails at death with a rage so real, you can almost taste it. Even as a ghost on his own porch, Henry’s presence engulfs everything in sight. 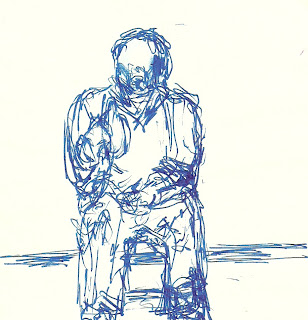