'I Wish to Die Singing - Voices from the Armenian Genocide' review or 'Genocide you say?'

'I Wish to Die Singing - Voices from the Armenian Genocide', Neil McPherson
Finborough Theatre, 23rd April 2015
Written for Time Out 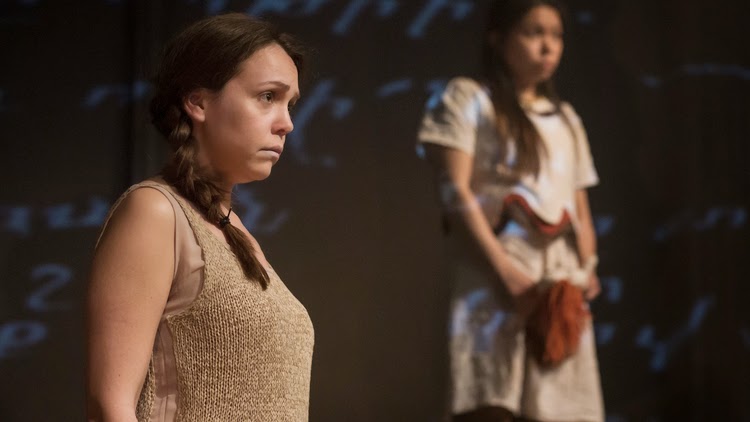 This year marks the centenary of the Armenian genocide, during which 1 million to 1.5 million (the vagueness is horrifying) Armenians were slaughtered by the Turks. The term ‘genocide’ was invented to describe this massacre – and yet most nations, including Great Britain, refuse to refer to it in such terms. ‘I Wish To Die Singing’ is an attempt to dramatise this shameful moment in history, which – in the words of playwright Neil McPherson – is ‘still not over’ today.

The production (receiving its premiere) plays out against Phil Lindley’s bare and scruffy stage and weaves together eyewitness reports, projected graphics and quotations, Armenian poetry and verbatim testimony. There’s an awful lot of information poured into this play and director Tommo Fowler’s hard-working production does sometimes feel like a gallantly performed Wikipedia entry.

The dramatic extracts feel slightly thin and, at certain moments, brazenly manipulative. Tamar Karabetyan and Siu-see Hung play two young Armenian girls caught up in the massacre. As Hung clutches her dolly, she tells us: ‘One of the guards hurt me – that’s how I learnt what sex was.’ It is a harrowing line but feels like overkill.

The quietest and least insistent scenes hit hardest. Tom Marshall stuns with an eviscerating monologue from a survivor, in which he describes corpses with their hands tucked into their sliced up legs, ‘as if they were pockets’. At the end, he mumbles: ‘I don’t know why you need to hear this.’ But we do need to hear this story – we really, really do.