'The Armour' review or 'Can we raid the mini-bar?'

'The Armour', Ben Ellis
The Langham Hotel, 7th March 2015
Written for Time Out 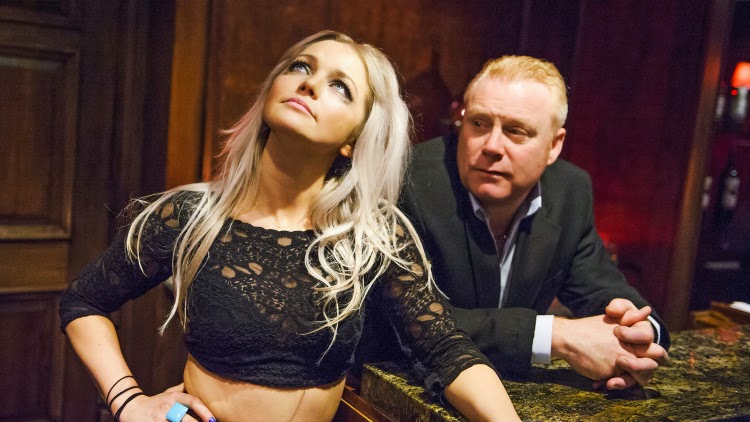 Site-specific hotel plays are all the rage and both the May Fair and the Corinthia have hosted some swanky productions of late. Last year, Defibrillator Theatre produced a trio of intense Tennessee Williams plays at the Langham. Now they’ve been invited back to mark the hotel’s 150th anniversary with three new one-act plays. Unfortunately, ‘The Armour’ feels horribly manufactured; more like a Euro Disney ride than a satisfying theatrical experience.

Ben Ellis’s three shorts are set in different rooms throughout the hotel and span the venue’s lifetime.  The scenes share a few props but, otherwise, feel distinct. These are essentially three life-at-Langham snapshots, with a load of back history and celebrity actors chucked in to shore them up.

We begin in 2015 in a red-tinged ‘night club’ (a nicely detailed set from James Turner). Pop singer Jade (S Club’s Hannah Spearritt) is due on stage but is having doubts. It’s up to her manager, Frankie (Thomas Craig) to talk her round. The script is creaky as anything and Spearrit and Craig seem very awkward in this shallow piece about the shallowness of fame.

We move on to the 1970s, when the Langham was home to the BBC. Simon Darwen and Siubhan Harrison generate some serious heat but there’s little to work with. The two wait for a radio interview and discuss ‘Nam, lost love and dead brothers. Lines like - ‘I have been shrinking without your love for me’ - sink like a stone.

The final scene unfolds in a candle-lit 1871 and is between an ailing Napoleon III and his Empress Eugenie. Finty Williams turns in a typically warm performance but director James Hiller loses control of this saggy scene. Napoleon muses about his own suicide and we will him on, keen to check out.