'Missing' review or 'I think we're out of step.' 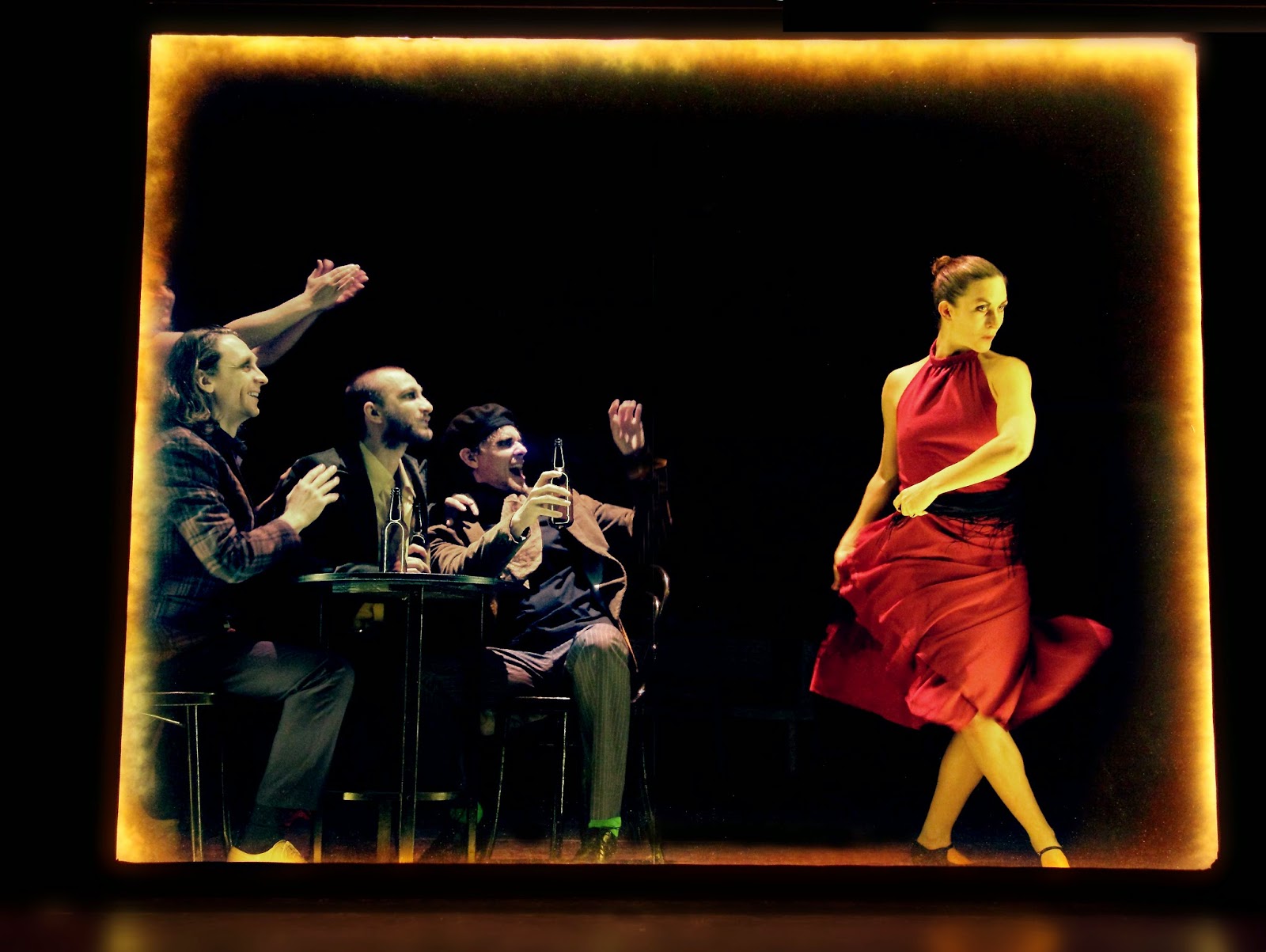 Ah, theatre! ‘Missing’ is a downright gorgeous show, which uses all the facets of theatre to stupendously powerful effect. Lighting, set, movement, sound and music combine beautifully, performing a delicate and elaborate dance together. Gecko’s show is about a woman, Lily, finding herself. We flash between her past and present life, one concerning her parents in Spain and the other unfolding in a rather cold and remote present reality. It is about the conversations we all have with our younger selves, as we move further away from the person we thought we might be.

Artistic director Amit Lahav plays a mysterious therapist, but he also created the show and co-created the design and lighting. Lahav’s extensive involvement lends ‘Missing’ an exceptional coherence, as if every element had been carved from the same rock. This is a tender and ethereal production but it so tightly constructed that the central ideas and emotions blaze off the stage.

We begin in the past. A little girl – personified by a puppet – stands in a warmly lit box and sings. Her song is innocent and faltering. The little girl’s name is Lily and her parents are standing close by. This box is a protected space, a happy moment that cannot be touched by the world beyond. But then a great light flashes and a huge sound booms and we see a woman (Georgina Roberts) standing to the side of the stage. She looks lonely and exposed. She is the older version of this young girl and, as the production unfurls, we watch the connection between these two stretch, snap, spark and merge.

The BAC main stage can be a tough place to play in – with little definition – but Amit Lahav and co-designer Rhys Jarman break down the vast stage into a myriad of tightly contained and meaningful spaces. Lahav achieves this effect by using fluid lighting states (also designed by Chris Swain), enclosed little sets, cleverly lit frames that are carried by the actors, sensually calibrated music (Dave Price), sliding conveyor belts, and beautifully choreographed movement from his actors. This is a gorgeously dynamic production but each scene is still, contained and crucial.

In the present day, life is depicted as something that happens to Lily, who spends much of the time rooted to the spot whilst the action whirls around her. Her life flashes in front our eyes. Lily sits in a chair and a series of figures stand on a conveyor belt behind her, holding boxes from which a light glows. They seem to possess something that Lily does not. A group of figures dance around Lily as she works at the office, drinks with friends or parties with her colleagues. Friendships and relationships are carefully picked out within this flurry of movement and, in what feels like a second, we watch Lily flirt, dance and eventually marry. For much of the time, Lily is frozen or being carried backwards or forwards by that sliding conveyor belt. She is rarely in control. 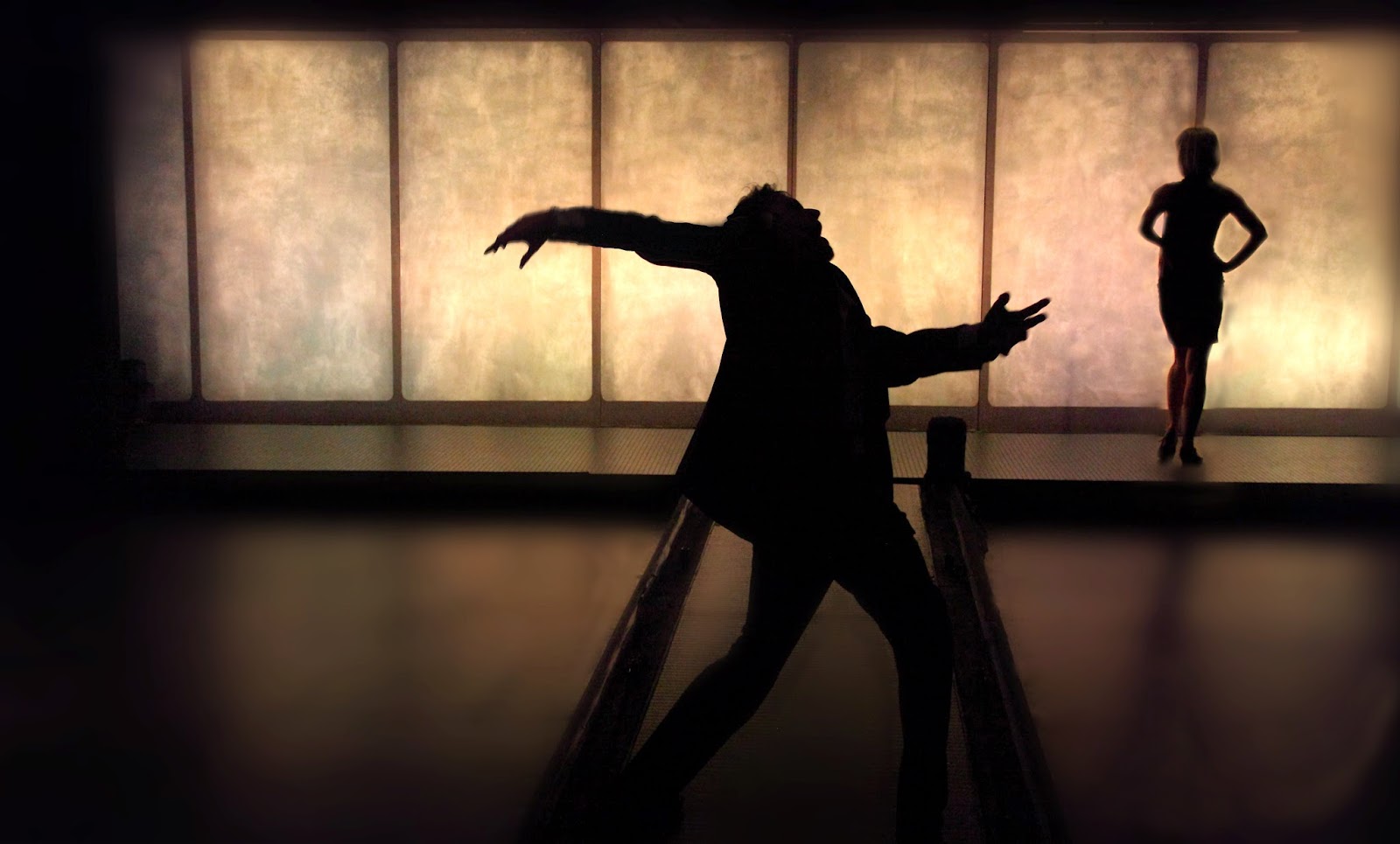 Few words are spoken but the cool lighting states, the force of the other actors and the occasional disruptive flashes of light powerfully invoke the idea of woman who is living on the outside of her life, one step removed. In one brilliant scene, we see Lily and her husband sit and watch TV in their living room, a tiny walled-off space to the side of the stage. As the two sit together they perform a dance of endlessly missed connections, reaching out for each other, laughing and kissing and always just a second out of synch. The lights snap and the sound fizzles with every failed connection and the ruptures in Lily’s life are writ large on the stage.

The show gradually travels deeper into the past as Lily, who is approached by a very strange man who insists on calling her Liliana, undergoes a series of therapy sessions. At first, these flashes from the past are fleeting. Lily moves away from her husband, places her hand in a framed box and the upper stage lights up with a giant box, her parents inside. But these flashbacks grow stronger and more sustained and the past, once cut off from Lily, begins to flood in from every direction. 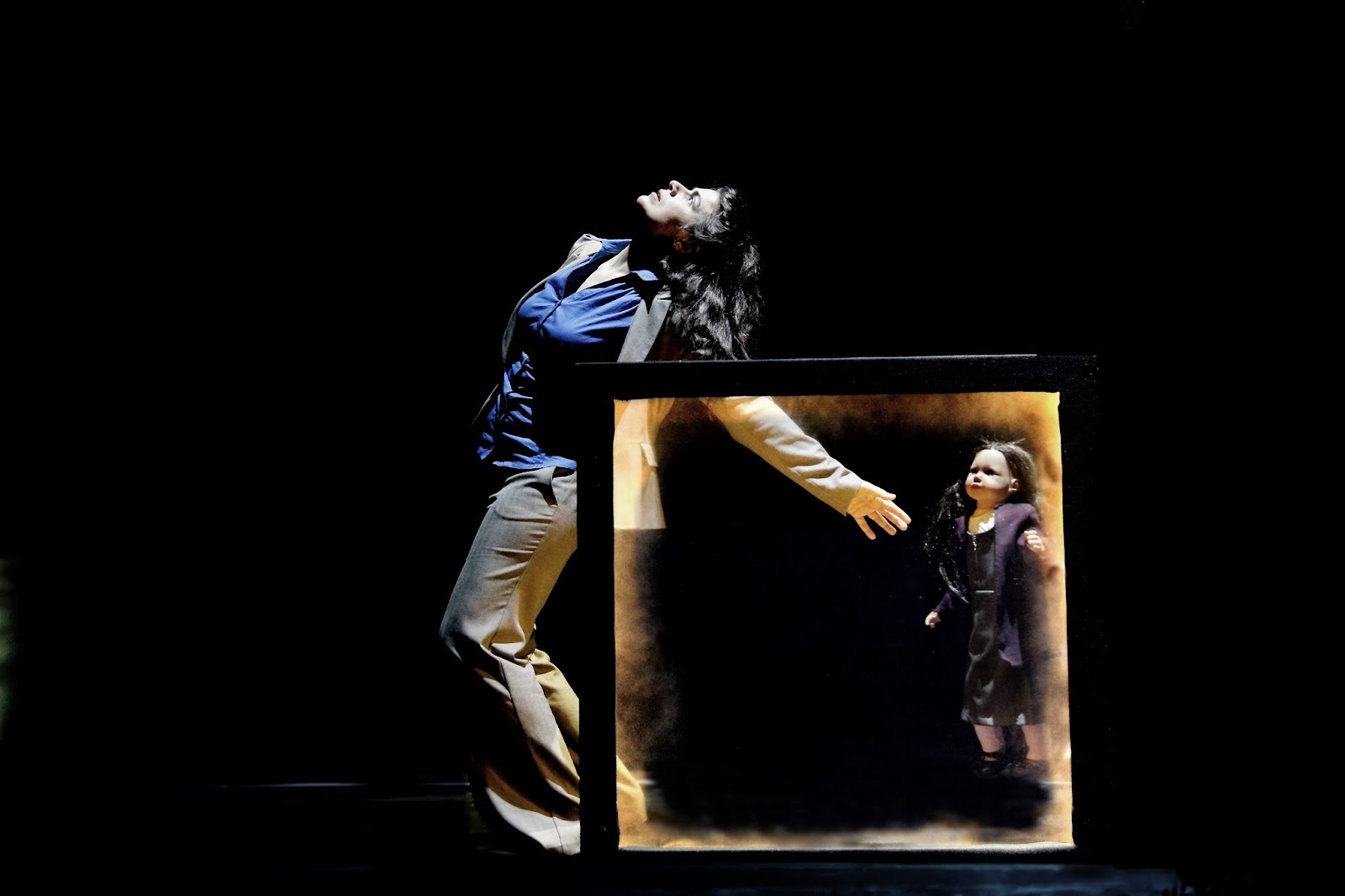 A picture slowly emerges of the life – and self- that Lily has left behind. We watch her mother (Anna Finkel) dance the flamingo, framed in a nostalgic glow. Her movements are strong, sexy and instinctive. We watch Lily’s mother and father argue and every scene is weirdly warped, as the past and present fold in on each other. In one scene, Lily’s parents sit at a table and eat with friends. But their lively chatter is constantly interrupted by fierce bolts of lights, which freeze the action and thrust the parents forward in harsh jolting movements. In another scene, the mother and father argue in a boxed off space – again lit with a wistful sepia glow – and their argument stutters and trips, winding back and speeding forward. They fight, dance, shudder and smash against the side of the box – sending out frenetic lightning bolts of movement - and the tensions in Lily’s upbringing play out over and over again, painful memories cruelly repeating themselves. 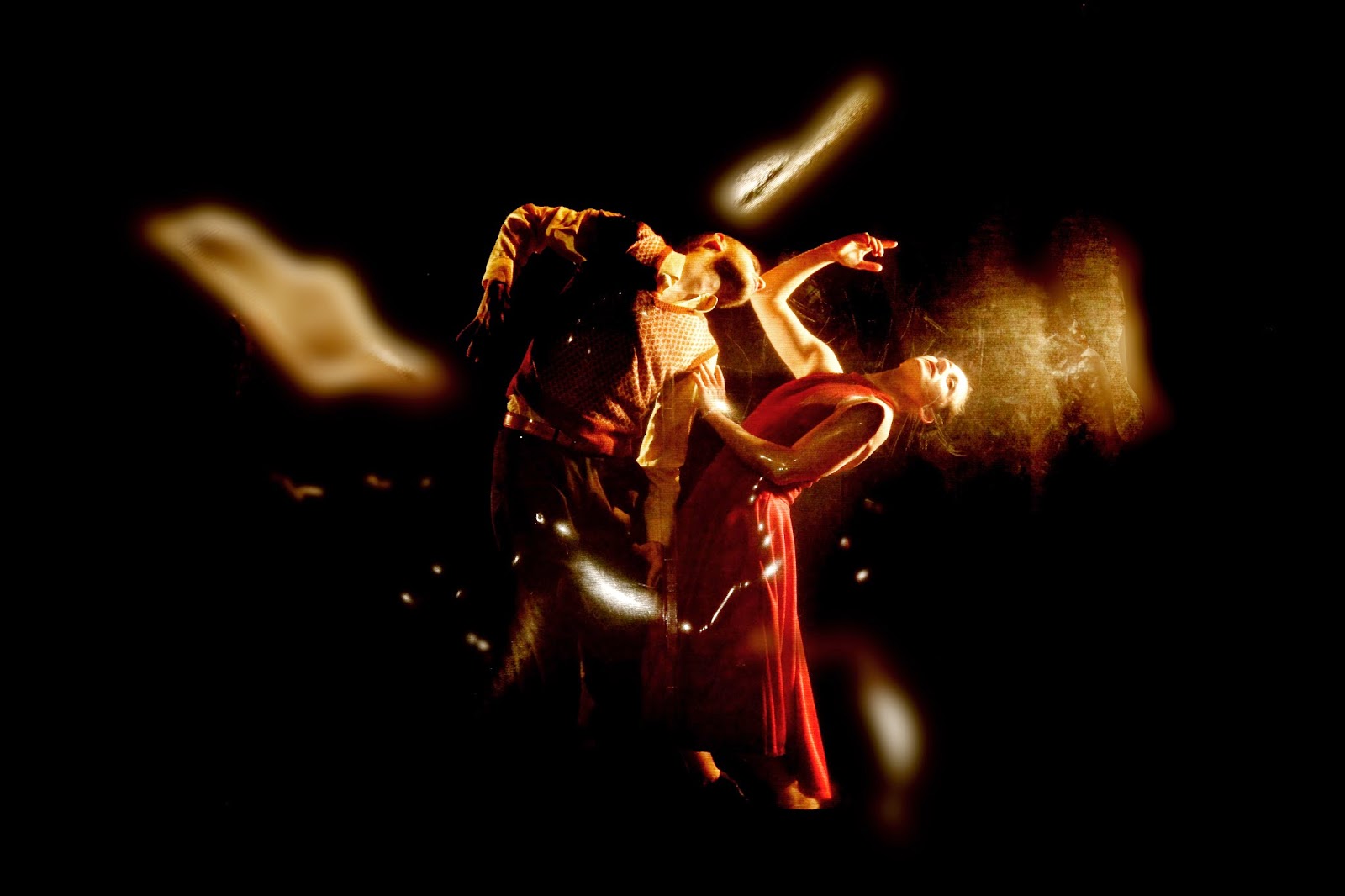 Slowly but surely, Lily encroaches deeper into her past life. She stands outside the frames of action and, at pivotal moments, even steps inside. She is no longer looking in on her past but finally, tentatively, inhabiting it. In one heartbreaking scene, little Lily appears at the back of the stage and sings and her older self sits in front of her and cries. It is a reunion that takes the breath away. Think of who you once were, the show tells us – and that might just tell you who you should be today.