'Chewing Gum Dreams' review or 'I dare you to burst my bubble.' 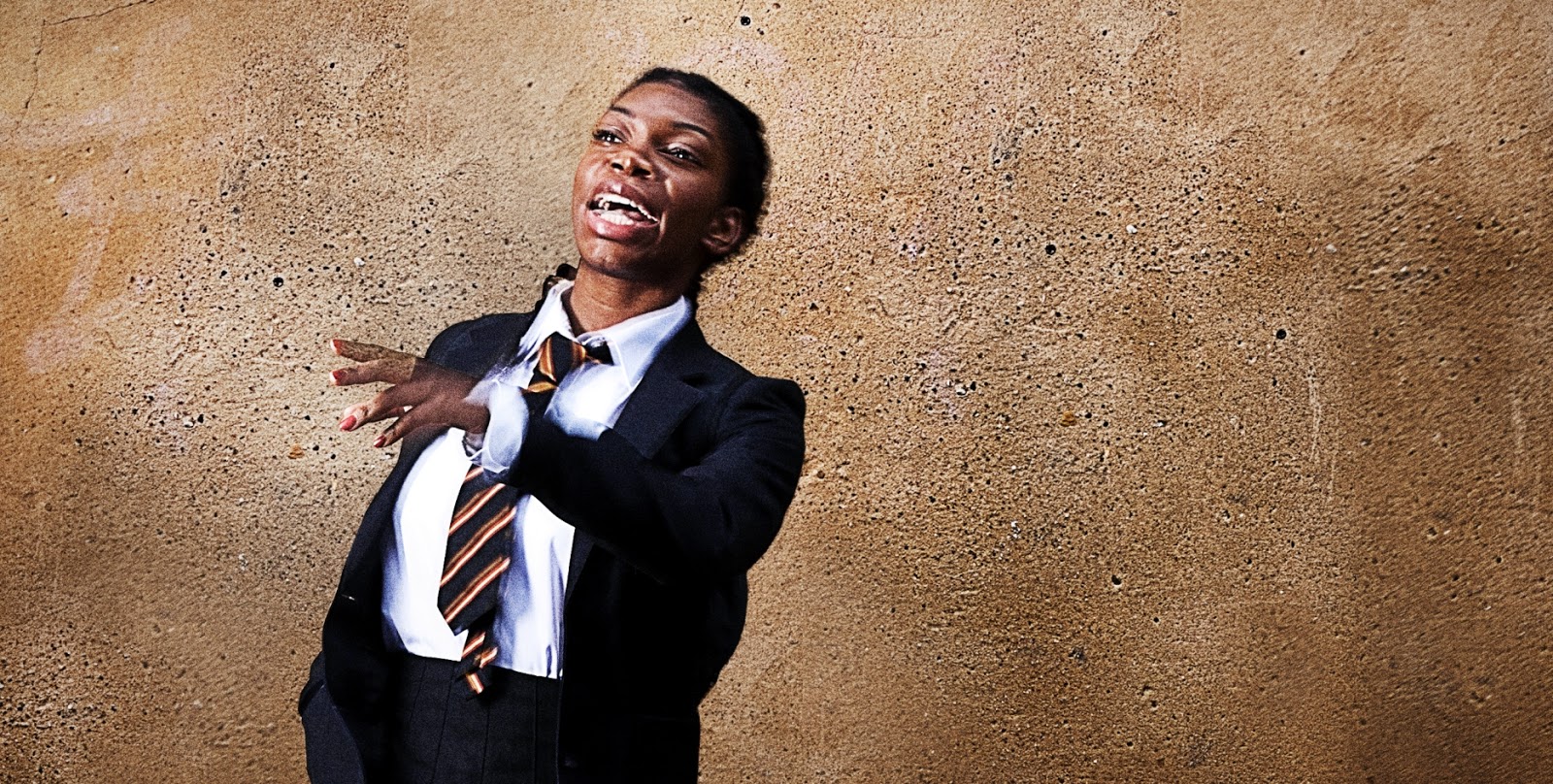 ‘I’m a bit scared of dicks,’ confesses 15 year old school girl Tracey Gordon. Still, you wouldn’t know it to listen to her. This is girl who likes to sound off about blow jobs on the bus ride home through Hackney; a girl who gives blazing banter and who is scared of falling into the cracks. There are lots of things you don’t know about Tracey Gordon. Michaela Coel’s brutally charming new play, “Chewing Gum Dreams”, is your chance to find out.

The show unfurls on a bus journey home from school but gradually opens out to accommodate the whole of Tracey’s life. It is a dynamic, prowling beast of a play, kept on its feet by Coel’s fluid writing and Nadia Fall’s deft direction. Coel also writes poetry and there is an ease about her writing - a casually carved out profundity to some of the lines – that means the show feels light but meaningful. The heavy stuff is never allowed to settle and slow down an otherwise limber show.

Coel has a gift for description and effortlessly captures the angry faces on the bus or defiant friends at school. One friend, who Tracey is ignoring, looks at her ‘with a face full of mud.’ An overweight girl is ‘made of rubber’. Later, when Tracey falls for a boy, Coel describes the moment she begins to understand him and her feelings with such original economy: ‘I watch his face inside of his back.’

The show is packed with the tiny details that make up a teenage life. This is a world so small that everyone is referred to by their first and surname. It’s a world where the colour of your pop socks and the length of your skirt can have a huge impact on your day. At one point, Tracey describes an 8 minute kiss with her boyfriend. She knows it is 8 minutes because she can hear the Craig David songs playing in the background. Coel includes all the background noises that make up our lives.


Coel’s script is accentuated by her own dynamic and detailed performance. Every shift in Tracey’s demeanour is accented by Coel’s shift in voice, posture and volume. On the bus, Tracey is all blazing eyes and spitting banter. At school, Tracey’s is made up of low burbling gossip and a self-conscious slouch. And when she sits next to Connor on the bus, every side of Tracey is there for us to see. She sits stiff and upright but, as Connor makes his move, Tracey whips her face to the side and we see her secret smile. It’s the face she hides from everyone but that Coel, with her peerless and poetic insight, lays bare in the theatre.