'Little Light' review or 'Did we discuss the dimmer switch?' 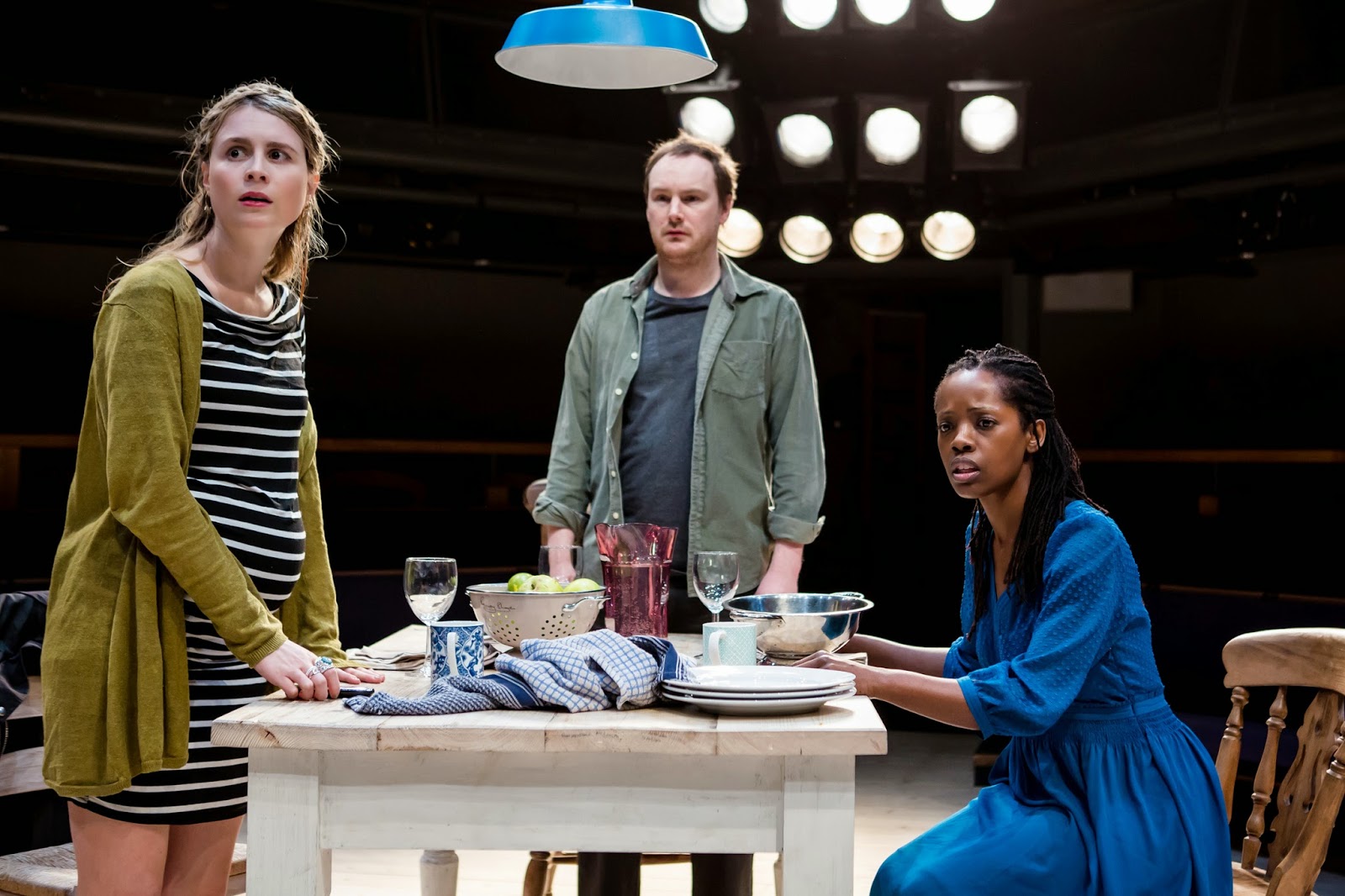 Deep into ‘Little Light’, dinner guest Simon – the only non family member sat around the table – cries accusatorily to his pregnant girlfriend, ‘I feel like there’s something you’re not telling me.’ Oh how the audience chuckled. For this early play from Alice Birch, written before the break out success of her RSC piece ‘Revolt. She Said. Revolt’ again, is a study in the delayed denouement. The play is effectively one tense and drawn out pause. Sure, there are a few cool blasts of writing that suggest the power that Birch will go on to harness in her later and more mature works but, damn, is this a single note piece of drama that, to my ears, sounds a little flat.

The action unfolds in Alison (Lorna Brown) and Teddy’s (Paul Rattray) remote coastal home. Right from the off, Birch makes clear that this is a very special and very tense day in Alison and Teddy’s life. It is an anniversary of sorts and one that seems to stress the hell out of shadow-of-a-man Teddy and his ice-queen wife Alison. Poor Teddy is so nervous that he has smashed up the staircase and replaced it with a ladder instead. This couple, this house, this day is looking very shaky indeed.

The set up is laid down so quickly and clearly and the expectation of a distant revelation (‘This is the day!’) established so quickly that one effectively spends the whole play waiting. It does start to drag a little. Director David Mercatali has created a nice swirling sense of tension but his actors have this habit of over-stressing their truncated sentences – stopping short and leaving a pounding silence at the end of each interrupted line – that begins to feel seriously heavy handed.

Alison and Teddy’s tense preparations are interrupted by the arrival of Alison’s pregnant and quirky sister Clarissa (Yolanda Kettle). As if we weren’t aware already, Clarissa lets us know just what a tense day this is – but conveniently and often rather falsely abruptly stops or pauses, coughs, goes to the toilet or undertakes any bleeding diversion possible in an attempt to delay revealing the real reason for this warped and ritualistic family gathering. It begins to feel like the characters are beholden to the secret Birch’s play is holding so tightly to its chest and that their behaviour and speech is bending to this secret’s mighty sway. If you look closely, you can almost make out a giant finger sweeping across the stage, drawing up to a giant set of lips and hotly breathing out ‘Shhhhhh!’

Things do shift slightly – and for the better – with the arrival of Clarissa’s boyfriend Simon (Paul Hickey), a gloriously clueless chap whose bemusement mimics our own. As the dinner continues, Simon is excluded from a number of bizarre rituals. Clarissa, Alison and Teddy keep switching seats, raising their glasses or picking up half-finished anecdotes, following a well worn script that poor Simon has never seen. Cruel stories tumble out of the siblings’ mouths and Alison, in particular, seems determines to punish Clarissa with the hopeless failings of her younger self. Simon’s bafflement (Hickey does a great line in polite mystification) adds a little light and shade to proceedings and allows us to giggle in the present rather than just patiently wait for the big reveal.

Mercatali uses a series of visual and audio cues to layer up the tension. The telephone rings and rings, its shrill tone piercing this tense dinner with increasing regularity. In one of the most interesting (and more surprising twists) of the night, the food served at dinner grows increasingly circumspect. Hair and shards of glass are found among the dishes, sharp little nods at the awful family secret that lies beneath this thinnest veneer of civility.

But this isn’t vintage Birch and there is no point pretending that it is. Instead, this feels like a young playwright tuning her instrument and figuring out which notes sound sweet and which melodies and rhythms really suit her playing style. There are a few duff bits, particularly when Birch lets her spare writing off the leash. The supposedly virtuoso sections – when the economical writing turns lyrical – do not work well. Harried husband Teddy gets a particularly raw deal. At one point, he talks of a ‘bullet lodged in his throat’ and it’s all I can do not to retch. In another scene, following a lot of waffle about letting out the light, Teddy literally rips through Madeleine Girling’s set in order to release the darkness. It’s just – too - much.

But, but, but! This is still a writer who understands how to manipulate the stage – how to play off what the characters know and what the audience crave. This is still a writer who has a firm grip on a wide range of styles of writing and understands how she can bludgeon, smooth over or take flight with her words. There’s an awful lot of potential simmering beneath this stylish but limited play and it’s interesting and fun to see Birch warm to her craft. Let’s chalk this up as a warm up. Next time round: the main event.