'Plexus review' or 'Who's in control of the lights?' 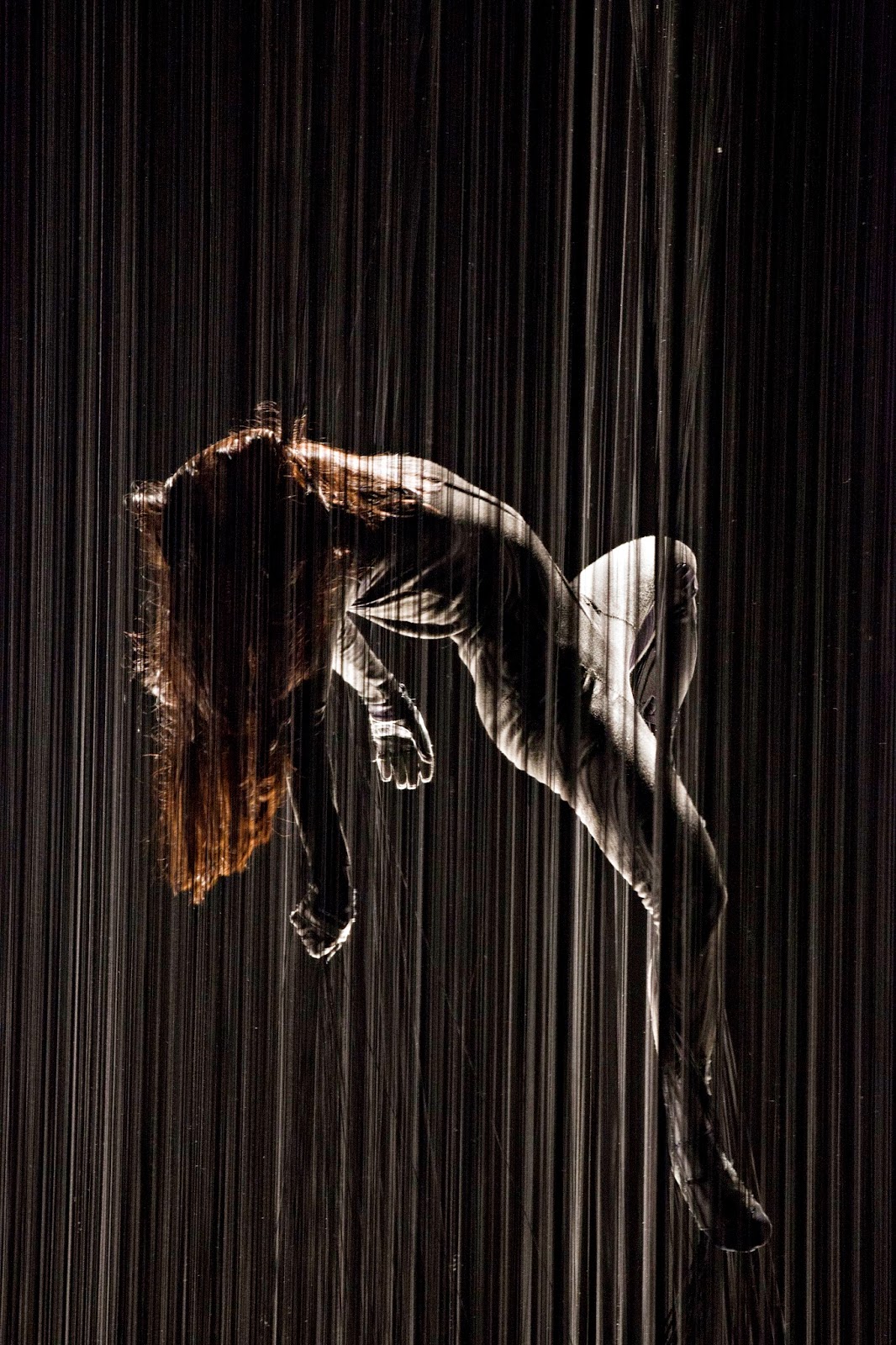 Japanese dancer Kaori Ito stands inside a mesh of thousands of suspended cords. When the lights shine on this complex maze, it looks a little like the internet is raining. Ito is completely surrounded and, when she tries to move, her world of cords rattles and roars. When Ito falls, those wires seem to support her – or are they preventing her from moving forward? Who is in control here and is this petite but powerful dancer expressing herself, or someone else?
Plexus means intertwining and, in medical terms, refers to the network of nerves and vessels that run through our bodies. This show is one of a series of ‘female portraits’ from director Aurélian Bory and, among a myriad of complex aspirations, sets out to explore the impact that Ito’s dancing career has had on her body. It is, at risk of sounding too wanky, an attempt to expose the inner workings and muscle memories of the dancer’s body on stage.

People use the word ‘gobsmacking’ far too much but, for sections of this show, my jaw hung open. I genuinely worried about drooling over the rather beautiful audience at Sadler’s Wells. The visuals in ‘Plexus’, all originally conceived by director Bory (but realised by a mass of technical geniuses), are magical. They mesmerise and twist the brain, until our heads jangle with just one phrase: but HOW?!

The delicate and intricate set design allows for some mind-bending visuals. 5,000 wire cords have been used to create the tightly bound maze that Ito navigates throughout the show. These cords are fine and everywhere, which allows for a startling combination of fluid but weirdly controlled movements. Ito falls suddenly but something stops her from hitting the ground. I honestly couldn’t tell you if that sudden halt is down to Ito’s monumental body strength or the little world of wires holding her aloft. She weaves her way through the space and the light (Arno Veyrat’s lighting design is this show’s secret weapon) is blocked by her body, so all the wires behind Ito seem to disappear.

Time and again, one wonders whether Ito is navigating the space, bending it to her will, or the other way round. The idea of control and power rears up and we are taunted with the potential but limited autonomy of this beautiful dance – and this is where I begin to feel uncomfortable. There is something goading and even cruel about this show which, slowly – even as my bottom lip rests somewhere close to my chin – begins to make my blood boil. ‘Plexus’ is supposedly a showcase for Kaori Ito and yet all the modes of expression available to her are limited and, in most cases, controlled by someone else. She spends most of the show winding her way through this metal cage, her body able to extend as much as those cumbersome cords will allow.

Later on in the show, Ito strips down to her underwear and, on repeat, creeps through the dense mass of cords, teasing us with tiny flashes of her body. It is like watching a strip tease through your hands, which are clapped over your eyes. In a final scene, Ito ascends the space and flies about the stage, but it feels like that huge cord is really in control and even this final flight someone else’s expression and not the dancer’s own. Perhaps that is the point – perhaps this show is meant to bleakly re-inforce just how constrained and controlled a female dancer’s performance really is. But isn’t that a rather strange and self-defeating starting point for a show that is meant to celebrate the female form? Tellingly, the one scene for me that encapsulates this stunning but unsettling show doesn’t involve Ito at all. Instead, a cloak – which is being controlled by strings – is whipped about the space, so that it looks like a moth flittering towards a flame. The cloak is dragged violently and repeatedly, moving to someone else’s beat, always just a flitter away from that deadly burning light.