'Bromance' review or 'My hoop is bigger than your hoop!' 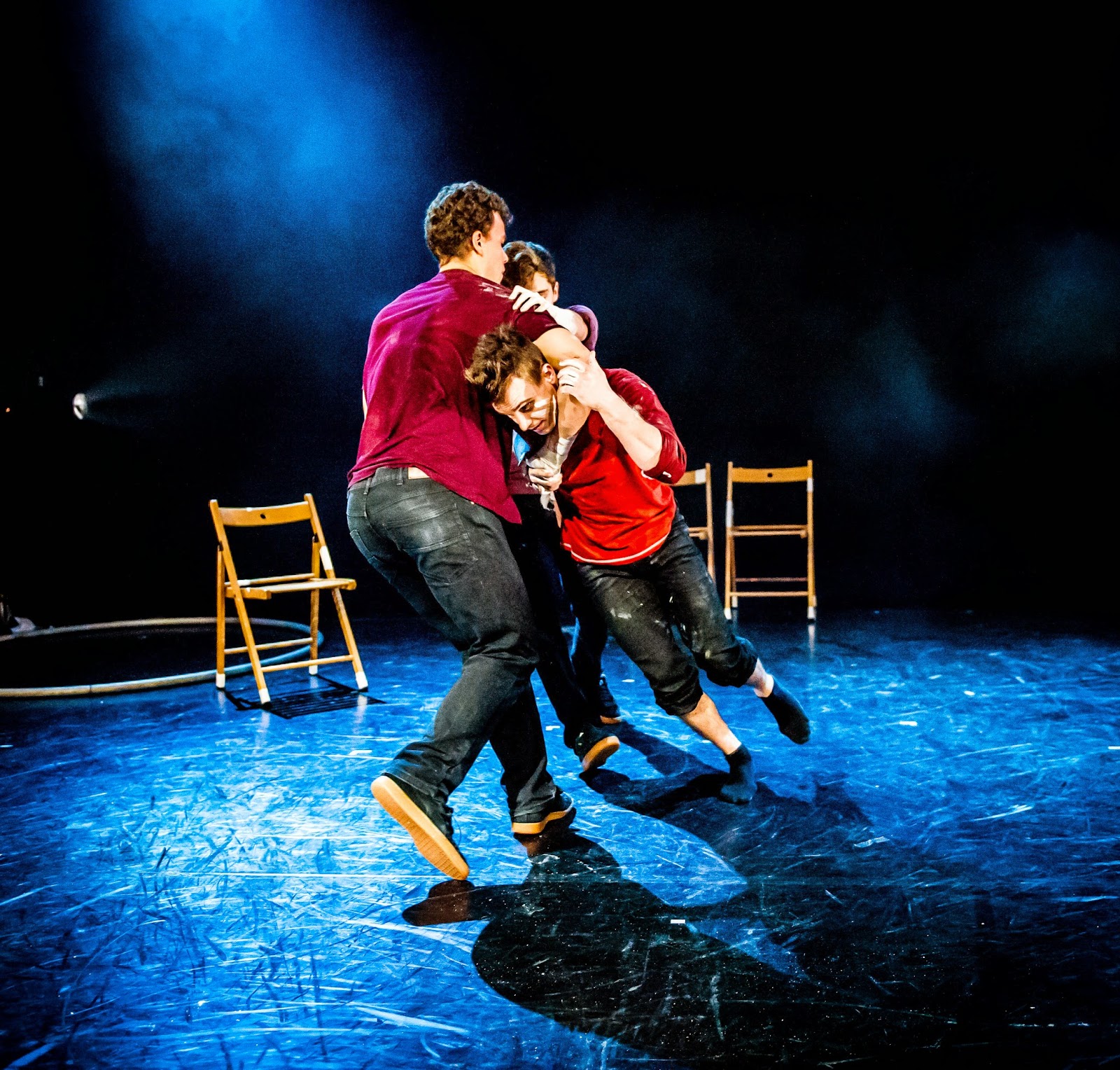 What kind of relationship, what kind of exceptional trust and mutual understanding, lies behind any successful circus act? This is the question explored by Barely Methodical Troupe’s circus show, ‘Bromance’, which kicks off the Mime Festival with impressive grace and humour. The narrative might feel a tad forced in places but the chemistry, sensitivity, skill and humility, is quite something.

The loosest of story-lines binds ‘Bromance’ together and can be summed up very easily: three lads (all performers are graduates from the national Centre for Circus Arts) meet up, test each other’s boundaries, tentatively forge friendships and try to form the level of trust required to make great circus art. The gang encounter some hurdles along the way – hurt pride, over-exuberant affection and jealously – but they grow closer and stronger, until they are literally joined at the hip.

The show starts small and gradually builds towards a spectacular finale. Beren (the great leaper!), Louis (the strong man!) and Charlie Wheeler (the Cyr Wheel genius!) convene within a small shared space on the stage. They shake hands; small movements at first but this simple expression of friendship develops and mutates until the company is eventually twisted up in knots. This is going to be more complicated, perhaps, than they initially thought.

The space opens out. Where the three once shared a small hoop, they now share the stage.  This development gives them more freedom, but also opens up more risk. Louis and Beren perform a series of superb acrobatic routines together, with little Beren clambering over Louis’ hefty frame. There are some stomach knotting leaps, but the one move that really lingers is when Beren runs, leaps, is caught by Louis and swung clean beneath him, his head practically scorching the floor.

As the routines build in complexity we begin to get a sense of the effort, the time, the mistakes that lie behind this ultimately slick display. The company allow just enough slips – a few wry glances or a supposed stumble – to suggest the fragility of their craft and the hard graft required.  They carefully de-construct that final and seemingly ‘perfect’ step, leap or tumble and allow us a way into the complex machinations that lie behind the circus performance. In acknowledging their craft’s imperfections, they only make the whole process seem more beautiful.

I’m less sure about some of the story lines that tie together the different acts and routines. In one scene, the trio stand with their backs to us and mimic standing at a urinal. They appear to be comparing ‘sizes’. The trio then make little origami figures and poor Louis is shown up, his origami piece tiny in comparison to the others. Using this as a leaping off point, the show then darkens significantly, as Louis turns away from his friends. It feels unnecessary and I’m not convinced this group need to work so hard to ‘explain’ their shifts in tone. Something a little looser might work better and director Eddie Kay could afford to make things a little stranger and more elusive. It feels like the company are trying to force a form onto something that doesn’t really want to be contained.

The more expressive moments are distinct from the narrative. ‘Bromance’ might set out to explore the relationship among this trio but it is the relationship between Charlie Wheeller and his Cyr Wheel (a massive hoop) that stands out. Wheeller’s face and body transform completely as soon as he comes into contact with the wheel. His limbs grow looser and his face slackens, until he looks like he is in a trance. It feels like Wheeller has become porous; as if he has opened up completely so as to allow the hoop in. As Wheeller moves around the stage, it gets harder and harder to tell who is in control. That thin veneer of control is what makes circus performance such a moving and vulnerable art; the semblance of control, which can only be achieved by total and trusting submission. 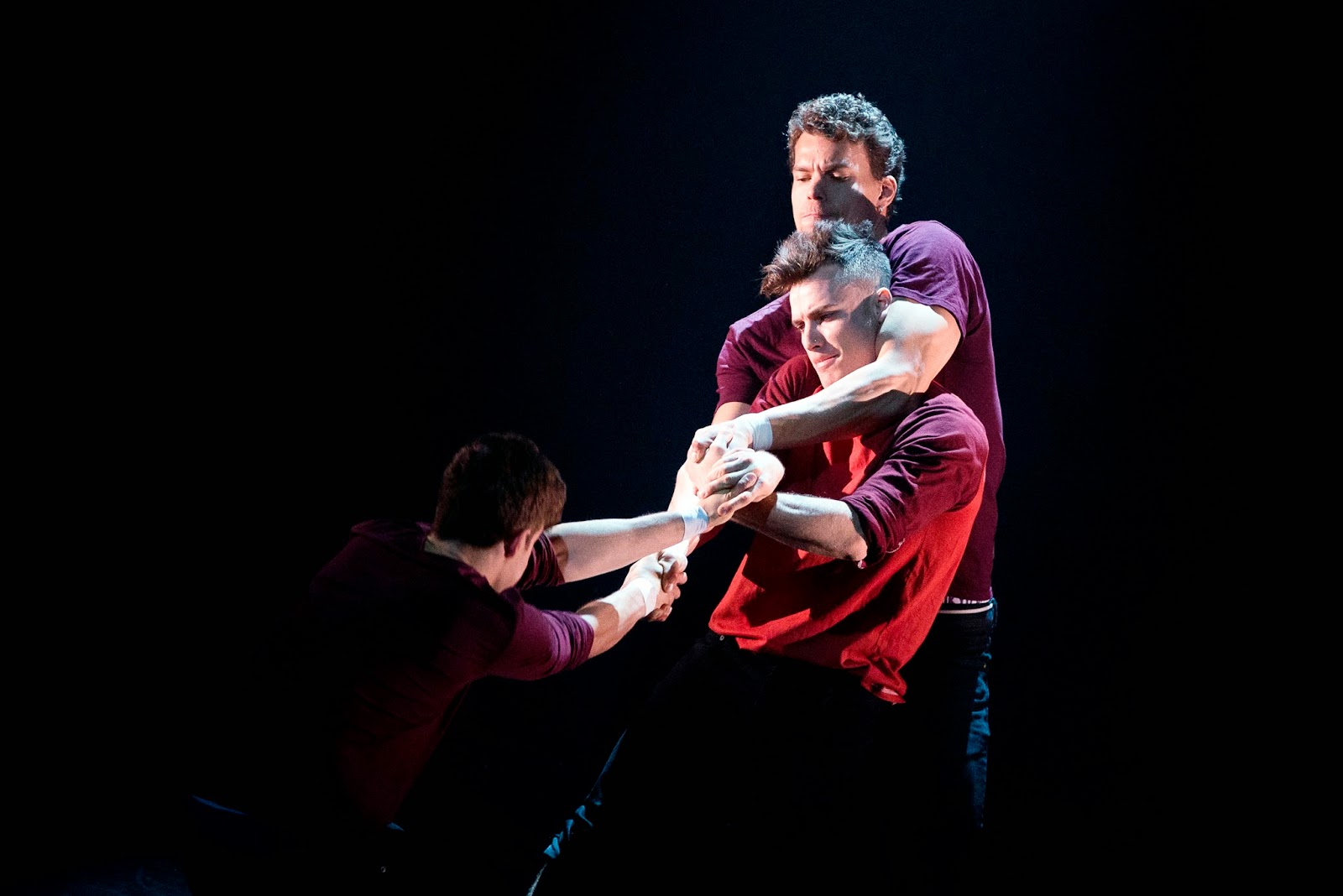