'Light' review or 'Who's up for some shadow puppets?' 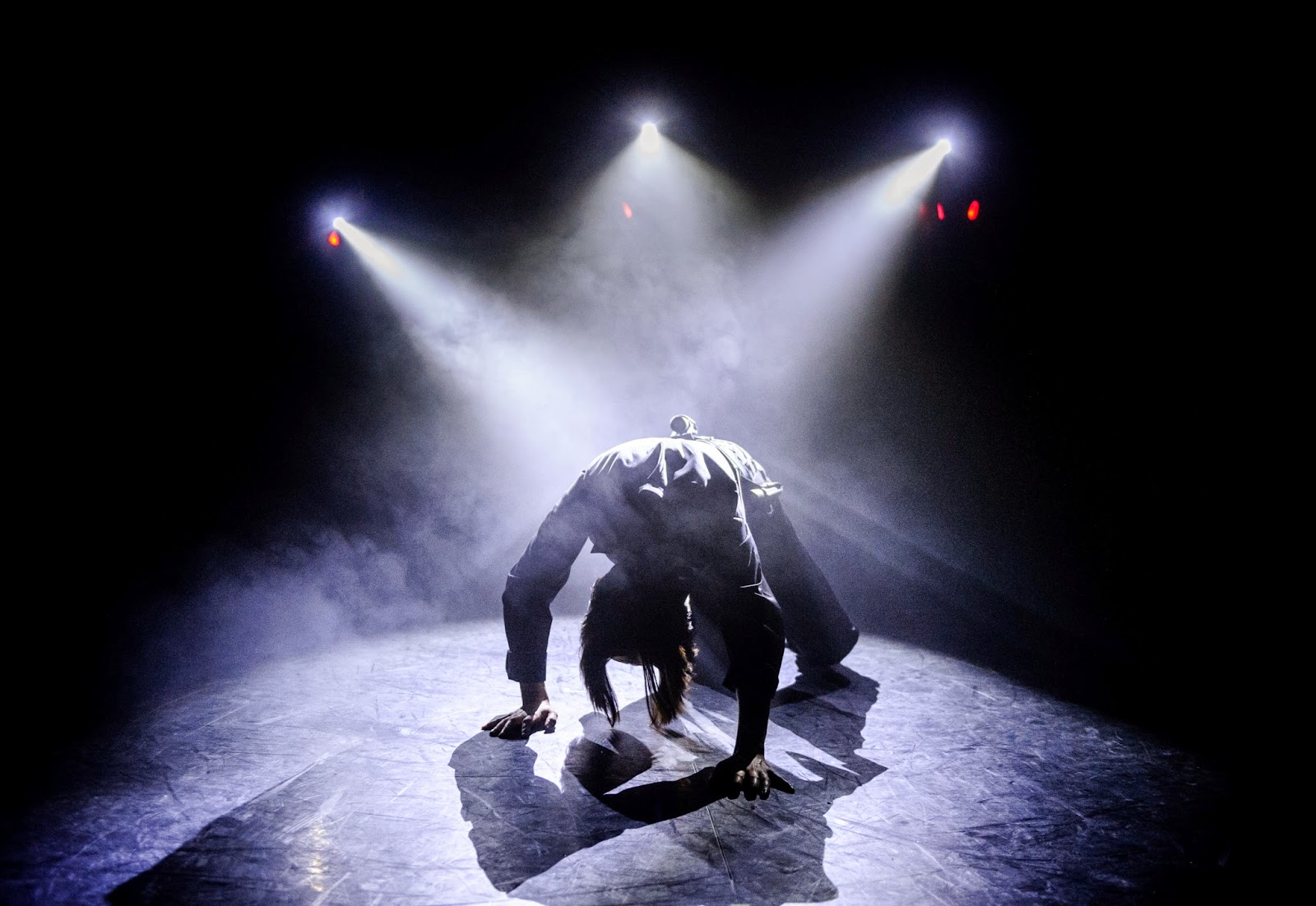 ‘Light’ is a dazzling show. The technical prowess and supreme synchronisation on display here – strange new worlds are represented using just a few torches and strip lights - is hugely impressive. But it is also, whisper it, a little bit boring. Theatre Company Ad Infinitum probably sweat creative juices, but the story and technology haven’t quite blended in this massively entertaining but slightly light-weight (ha) dystopian adventure.

The show is set in pitch black at that most convenient of times: sometime in the future. The world is run by a load of technological masterminds, who have found a way to control the public using brain-implants. Our hero Alex (Michael Sharman) is a henchman for the chief mind-controller (Matty Gurney), who also happens to be his dad (this is the first of many Star Wars glimmers). The show then travels back in time and reveals the origin of those brain-implants and the mysterious involvement of Alex’s mother (Deborah Pugh), who looks like she has been swiped straight from Matrix re-booted.

The first few scenes are a knock-out, as we are stunned by an endlessly shifting stage space created almost entirely by a series of LED torches and strip-lights. There is nothing this company cannot re-imagine with just a few carefully co-ordinated sweeps of a torch beam and a couple of swooshing sound effects (what an emphatic soundscape from Chris Bartholomew). We watch Alex shave, dress and travel to work. He jumps into a lift, runs at impossible speeds and, once at work, explores the mind-space of a hapless prisoner.

The amount of practice that must have gone into this show blows the mind; every descending lift, sliding door or crazy mind exploration is depicted with the most brilliant attention to detail from the actors, who all stand on the exact right spot at the exact right time and move their light beams in perfect synchronicity. The actors are so bloody good and meticulously co-ordinated, that one begins to forget how much hard work must have been required to achieve such a slick and effective show.

But the novelty of these ingenious light displays begins to diminish and we are left with the story, which feels a little off. There is a slight comic-book feel to this piece and not enough texture to George Mann’s script, which isn’t spoken out loud but is frequently projected above the stage. Alex’s story ends up feeling a tad clichéd and the narrative isn’t quite detailed or tight enough to really reflect on Edward Snowden’s experience, which was apparently a key inspiration for this show.

The shadow of Star Wars and the Matrix, which hover about this production, makes everything feel just a little silly. The idea of a world controlled by thought implants is a strong one but there’s no genuine claustrophobia or psychological intensity to this show. ‘Light’ is a comic strip version of what could’ve been a potent and relevant tale. It is hard to take things all that seriously, when one keeps expecting Alex’s dad to turn around, possibly claw his face off and bellow: ‘I am your Father!’


I haven’t seen any of Ad Infinitum’s shows before (apparently their most popular piece, The Ballad of the Burning Star, was theatrical gold dust) and I certainly haven’t been put off after watching ‘Light’. This is obviously a restless, inventive and ambitious company, who want to explore every nook and cranny of the stage in as many surprising and imaginative ways possible. ‘Light’ is a little hit and miss, but it’s still a bright spot on the theatrical landscape.