'A Series of Increasingly Impossible Acts' review or 'Did someone mention an ice bucket challenge?' 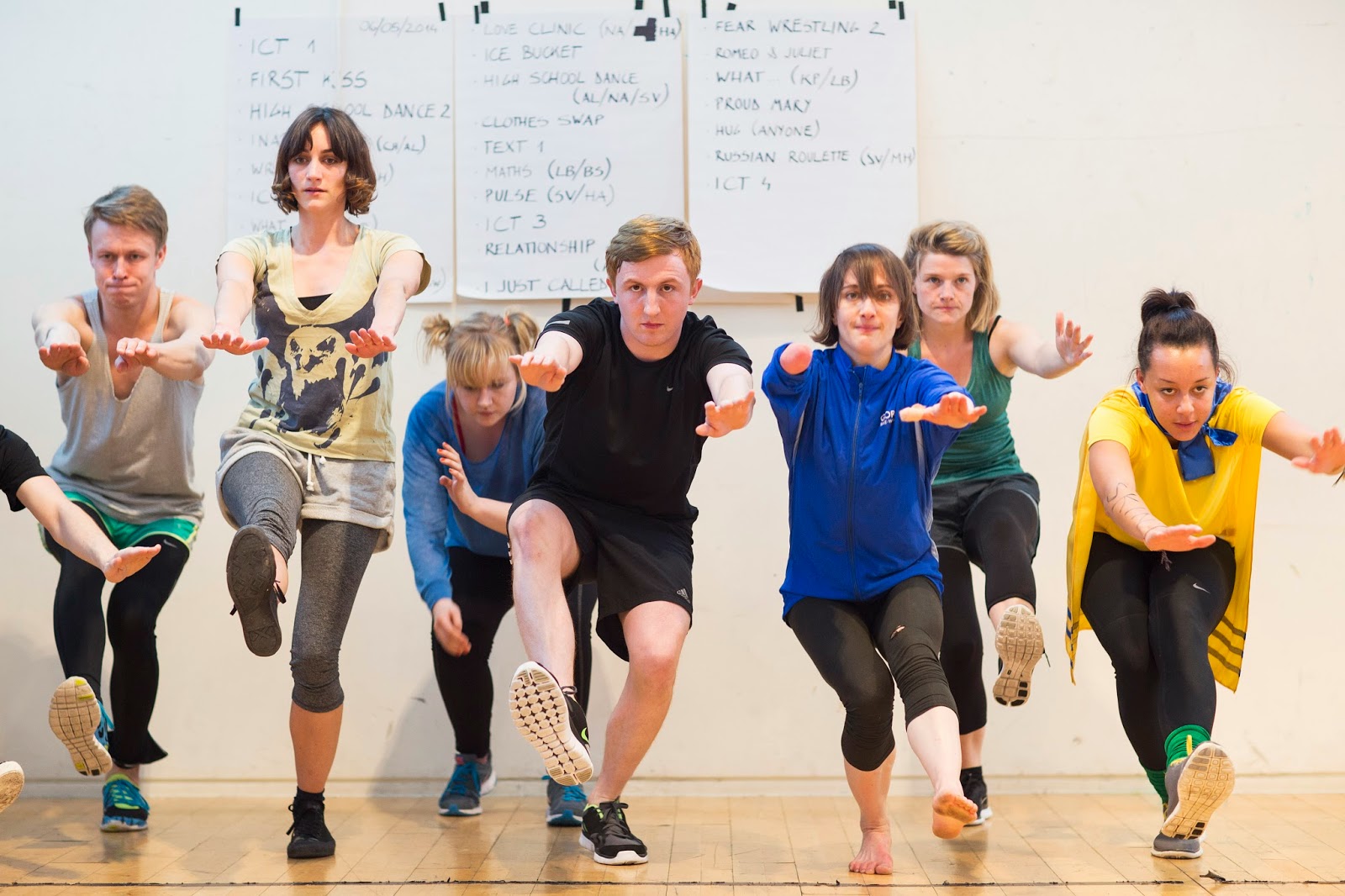 Sean Holmes’ Secret Theatre Company have been going for over a year now. They’ve had quite a tough ride, with lots of debate (some good and some lazy) about that word ‘secret’ and the implications and importance of keeping the nature of the shows secret. They have been loved by some sections of the press and public and loathed by others. But they have kept on going and have continued to develop and mature together. ‘A Series of Increasingly Impossible Acts’ isn’t a mind-blowing show but it is an utterly persuasive and charming piece of devised theatre, which showcases a company completely at ease with each other, their own distinctive – rough and friendly – brand of theatre and their audience.

On first glance there isn’t an awful lot to this show. All the actors put their names in a hat and an audience member picks out one name. The chosen actor (Steven Webb on the night I watched) becomes the protagonist for the night and works through an assault course (Hyemi Shin’s set looks like a car boot sale has thrown up in the wings), packed with impossible challenges. Webb tries to bend a metal pole, eat a lemon whole or squeeze himself into a suitcase. In between this assault course, which is attempted a number of times, Webb is questioned about his life. Real-life challenges – a first kiss, dance and issues with alcohol – build up behind the physical stuff. As the show goes on, the company grow closer until they eventually steer the actor through the assault course, cheering and helping him through.

The dynamics within this company are now so well established that you feel like they might punch each other square in the face, turn around and kiss each other. There is an ease among these actors and understanding about how they fit together that makes each separate encounter burst into life, quickly and vibrantly. The improvised fights (particularly the strangely relaxed and chatty one between Leo Bill and Steve Webb) that pepper the show could have felt forced but, instead feel funny, silly and instinctive. The first dance, which all the actors share, might have felt stiff – but there’s so much trust here that it tingles with hope. The moment when Hammed Animashaun lumbers over and kisses Stevie could have felt crude or choreographed. But Hammed is so open with Stevie that their kisses tap into the scorching vulnerability, fear and tenderness that is young love.


The trust in this company is one thing, then – but so too is the way that they combine the physical and emotional. It’s not that this show is saying anything particularly profound or new – life is tricky and some stumbling blocks are insurmountable – but they do manage to draw you very close to those feelings and they do that through trust and a distinctive physicality. There is something about watching a chap eat a lemon whole (twice) that says a lot more about the general shitiness of certain moments than pages of dialogue ever will. Clambering into a suitcase, desperately trying to squeeze into a space blatantly too small, feels like all the moments you’ve wanted to cry with the effort of it all. And watching Steve Webb plunge his hand into a bucket of ice and hold it there until he’s hopping in agony - again, it isn’t rocket science, but it is tangible, painful and true.