'Anna Weiss' review or 'Your Memory or Mine?' 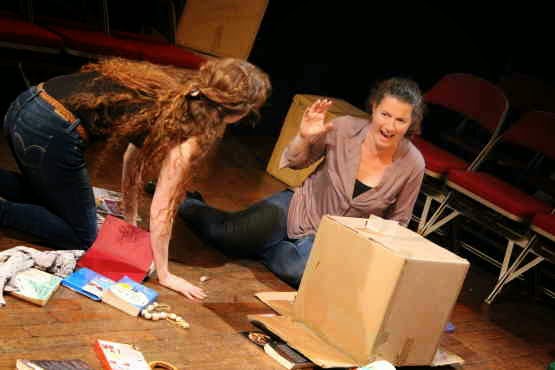 When Lynn was young her father abused her in the bath, at a picnic and at home in bed. Lynn knows this is true because hypnotherapist Anna has helped her to recover the memories. But Anna has dark memories of her own and Lynn’s father, David, denies everything. Whose truth are we meant to believe?

Mike Cullen’s disturbing play premièred in the ’90s, when False Memory Syndrome cases were hitting the headlines. It is a cool and unsettling work, which refuses to clear up its ambiguities. Nothing and no-one is certain and the subjectivity of memory – especially when nudged by potentially invasive hypnotherapy sessions – is pulled wide open.

Director Abigail Pickard Price keeps the stage empty, except for a few cardboard boxes. Other than some strained chords from composer Thom Robson, there are few theatrical effects for the actors to hide behind. It’s all horribly exposing and demanding, particularly considering that the role of David was recently re-cast ‘due to unforeseen circumstances’.

Sandra Paternostro is fairly convincing as Anna, a ball-busting therapist with issues of her own. Chloe Walshe’s Lynn is alternately livid, sad and steely but weirdly unlikeable. Charlie Haskins, brought in at the last minute, is a tad robotic as Lynn’s potentially abusive father. Frankly, they’re a slightly irritating and erratic bunch of characters. The continuous plot twists, which ask us to doubt the characters and their version of events, should have shocked but mainly annoyed. I left feeling strained but not shaken.