'The Valley of Astonishment' review or 'Dancing paint, dazzling magic and splashy syllables' 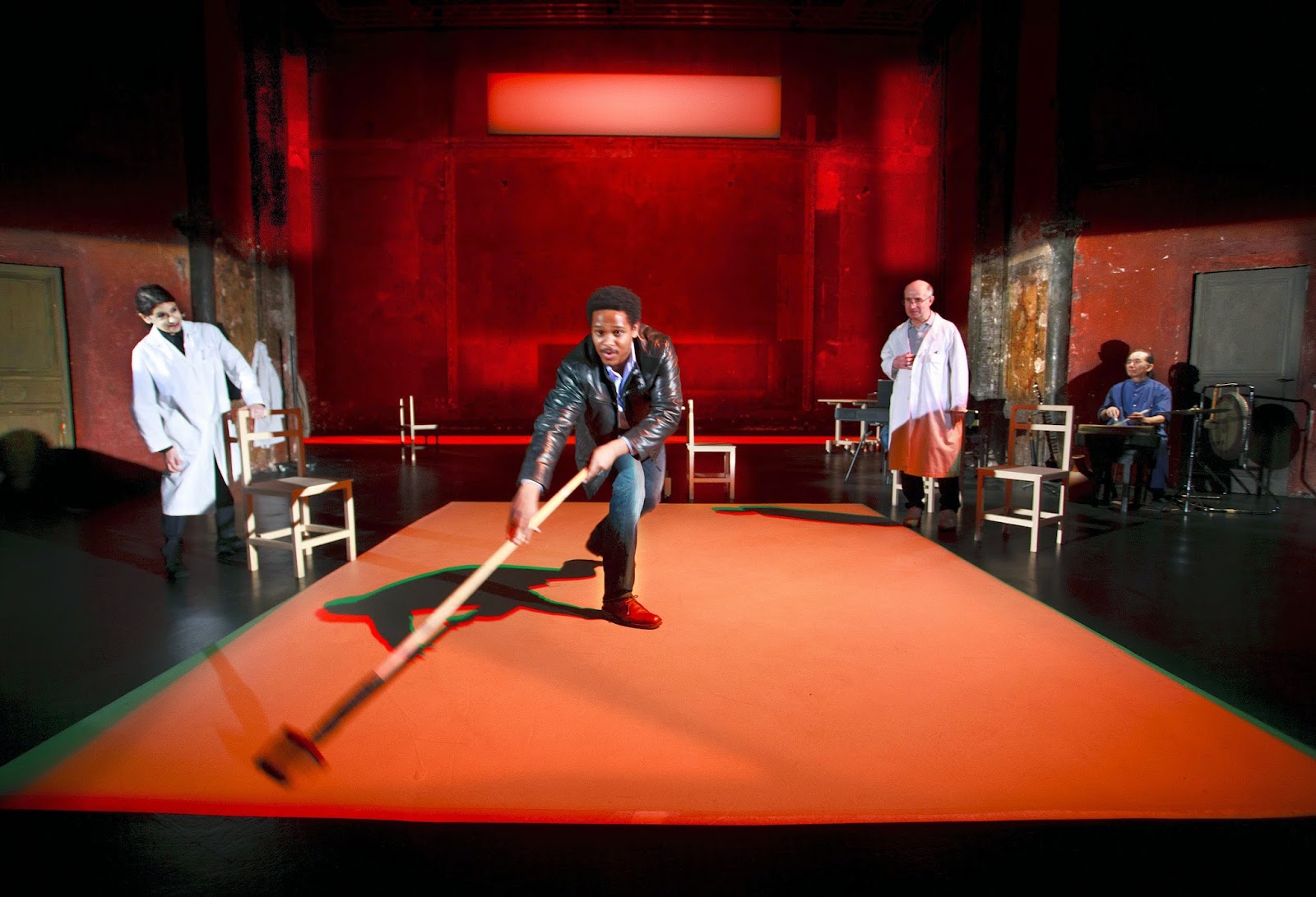 Sammy’s brain isn’t normal. Her boss’s voice has ‘yellow splashes’ in it and she sees syllables as puffs of smoke that can be caught in the mind. When she tries to remember words and sounds, she visits a location in her brain and places all the objects she hears in its own special spot. Sammy calls this her ‘mental promenade’. It’s a handy description for Peter Brook’s arresting play about synaesthesia and the endless idiosyncrasies of the human brain, ‘The Valley of Astonishment.’

This is the third in Brook’s series of plays about the mind and it’s a little less earnest than earlier pieces. ‘Valley’ covers a rare and complex phenomenon; it focuses on a neurological condition called ‘synaesthesia’ in which all the senses work together, so that a word might spark a colour or a piece of music might create a painting in the mind. It is head-spinning stuff, truly tricky to comprehend, but Brook’s show makes light work of the material and never feels burdened by too much information. This could’ve been hard work but it’s actually a rather light and beautiful experience.

Brook focuses on a number of case studies, each with their own ‘brand’ of synaesthesia; one can summon up her whole life from a series of syllables and another sees colours when he hears jazz. The script glides fluidly between each character, aided by an accomplished and nimble cast of three. The actors are quick on their feet; they are careful not to over-define their characters or over-egg the ‘wonder’ of this neurological phenomenon. Kathryn Hunter is notably restrained – even when she yelps out ‘I’m a phenomena!’ – and all the actors, bar a little show-boating from Jared McNeill, let the facts speak for themselves.

There are lots of interesting details in here but ‘Valley’s is a sensory experience – rather than an intellectual one – above all else. Light dances about the space like an extra character (agile work from lighting designer Philippe Vialatte), two musicians (one on a keyboard and another on a range of traditional wooden instruments) sensitively accent the script with their music, the actors dance and recite poetry and there’s even a brilliant magic show (top marks to Marcello Magni) thrown in for good measure. All these sensory stimulants shed light on the impact of synaesthesia – but they also make us think about how we, personally, respond to the world around us.

This is by no means a perfect show and there are few little dips, where the focus and feel of the piece feels blurred. But it is still a beauty. A couple of moments touch on hidden truths, which we might have always suspected but could never quite express. There is a transfixing moment when a young man paints furiously, responding to the colours that jazz provokes in him. The light flickers and as this man dances and paints, he seems to be expressing something about jazz that we have always instinctively felt – but could never quite put into words.

There is something about a world in which words are more than just words that seems to tap into something profound, a hidden and vital truth. One patient describes the steam cloud she sees in her head when she hears the word nothing. There is no such thing as nothing, she insists, quietly tapping into an idea that scientists, academics and philosophers have been wrangling over for centuries.

Fittingly, the show ends not with words but with a haunting recital from Japanese musician Toshi Tsuchitori. Sitting on a bare stage, Tsuchitori plays on a wooden lute and emits the most pure and primitive sound. It feels like the beginning or the end of the world, when everything has been reduced to dust. It sounds like a distillation of something pure and untouchable; an expression of beauty and spirit that is indescribable – beyond words – but absolutely essential.