'adler and gibb' review or 'Are there any questions?' 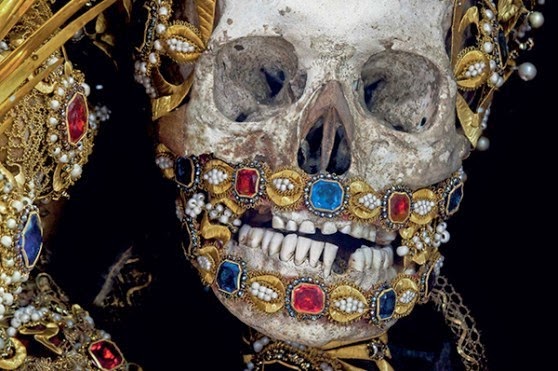 Something’s happening, isn’t it? Theatre is starting to piss people off. It started with Secret Theatre, it snowballed with Mr Burns at The Almeida last week and it rumbled last night at the opening of Tim Crouch’s new play at The Royal Court, ‘adler and gibb’. Theatre isn't making audiences and critics happy anymore. It’s making us angry and baffled and frustrated. I love it.

The first half of ‘adler and gibb’ is very hard work. It’s indulgent stuff, seriously indulgent. The whole thing feels like a self conscious essay on theatre – on all artistic representation – to which I haven’t been given the footnotes. It is cold and hard working and just a little smug.

A ballsy student (Rachel Redford) stands at a lectern, which is situated on a scooped out platform beneath the main stage. She is here to deliver a lecture on the recently deceased artist Adler and her long-term girlfriend and fellow artist, Gibb. The circumstances surrounding Adler’s death were mysterious and the student’s earnest lecture is as much about Adler’s life and demise as it is about her work.

Above this lecturing space is the main stage, which Lizzie Clachlan (such a vibrant designer) keeps relatively bare. The bricks are exposed and the stage is clutter free – except for a couple of kids who, in a try-hard device, are used to hand out props and represent dogs, corpses and the strange merging of real and unreal, spontaneous and staged, that all theatre encapsulates. Anyway. Alongside these kids are two actors, dressed in white underwear. Whenever the student calls out for a ‘slide’ to enhance her lecture, the two actors kick into life. For a long time, it is difficult to figure out who these two people, who utter juddering dialogue in a monotonous tone, are meant to represent. Mostly, it feels like they are there to annoy us.

The first half chugs forward, swept along in a wave of clever clever dialogue, academic in-jokes and intellectually provocative exchanges between the upper and lower half of the stage. As the young student tries to pin down Adler’s work by exploring her life – always a dodgy route to take when trying to access the meaning behind a piece of art – the two actors on stage seem to be pursuing a different and contradictory mystery of their own.

It takes a long time for Crouch to let go of his secrets and much of the first half is spent bewildered. It feels like a mistake and actually quite a cheap device from such a clever and theatrically astute playwright. Mystery does not always make a play more interesting. In this case, the mystery surrounding the real nature of the two figures on stage keeps us removed from the play, worried about our ignorance rather than sinking our teeth into the sparky ideas and layered debate unfolding on stage.

Finally the penny drops and we realise that the two actors are in a different time zone to the student and that they, too, are hunting down the truth behind Adler’s life and art. There’s an awful lot of zig-zagging referencing that goes on in this first half, which sees the two halves of the play interact in a complex and highly conceptualized manner.

Gaps and conflicts, half truths and contradictions are pulled out with fierce intellectual rigour by Tim Crouch and his fellow directors, Andy Smith and Karl James. Every time the girl on stage calls out ‘slide’, the actors contradict or override her on the stage above. The two pursuits don’t match up and the subjectivity of the student’s presentation – the gaps in intellectual reasoning that her personality is imperfectly plugging – starts to become clear.

Both the girl and the actress (who we later discover are very closely connected indeed) are obsessed with cementing their contact with Adler via material objects. The student holds up a napkin that Adler once touched, flushed with the certainty that this thing – this object - holds some intractable truth. The actress and student also have a tattoo that Adler once had on her arm. Again, there’s this flawed idea that tangible objects equal unequivocal reality. The fact this idea is pitched on stage and is voiced by actors playing artists who are really figments of Tim Crouch’s imagination, only magnifies the futility of resolutely connecting the artistic and the real.

All super clever – then – but the head buzzes coldly in the first half. The persistent doubt lingers: what would a normal punter make of this? I’m not convinced that anyone without a keen interest in theatre or academics could get a huge amount out of such a referential and intellectual act. One can feel the audience straining to laugh and it’s all very hard work; a worthy exercise that never really blossoms into anything more than a challenging seminar on the conflicting and corrupting relationship between reality and art.

But then the second half kicks in and the play starts to thicken and relax. ‘adler and gibb’ begins to feel more like theatre rather than a discussion about theatre. All the ideas seep into the fabric of the play and the characters, drama and a certain dramatic tingle take over. We are allowed into the action rather than left as spectators, our heads whirring, hovering on the edges.

Crucially, Crouch stops commenting on his dialogue and lets his words flow. The actress and her life coach finally track down Gibb (Amelda Brown), the reclusive girlfriend of dead artist Adler, and she is not happy to be found. The reward for finding her is a patch of extended dialogue, which – for the first time in the play – accesses something warm and human. Hunted down by an actress who has no genuine interest in the ‘real’ Adler and Gibb, this old woman Gibb recalls the final and painful years of Adler’s life. Finally giving himself over to the power of artifice, Crouch creates the most poetic and persuasive dialogue of the night. Gibb discusses those miserable final years with aching clarity; ‘the line between life and death was between the sea and sky.’

After all that thinking we are rewarded with a subtle shift, as Crouch and his directors loosen the reins and let the artifice take over. The performances are less interrupted and more convincing. Whilst Denise Gough’s speech was, earlier on, punctuated with reality-snapping voice exercises, now the illusion of this actress – Louise - is suspended for much longer. Gough pours everything into the role, becoming the detestably driven and self-serving actress we glimpsed in the first half but now openly flinch at in the second.

Louise’s acting coach, Sam (Brian Ferguson), starts physically ejecting stuff. First he pukes and later he spits out blood. He seems to be in great pain. Has he been hurt or shot – or is it just that, as the play settles, we are reaching inside this ‘actor’ and grabbing onto something painful inside?


The performances solidify and so too does the set. The disparate props are pulled together - a wall here, a neon sign there and, gradually, a range of convincing costumes. Crouch turns the screw once more.  A TV screen is wheeled on stage and a scene that should be elusive and even sacred - the moment that Adler and Gibb first fell in love – is screened in the manner of a cheesy soap opera. A film screen drops down and the world we have seen in fractured glimpses on stage is filled in with ‘real-life’ scenery and bustling surround sound. Crouch dares us with never ending layers of reality which grow more sinister, the more convincing they become. Is this what we were looking for – and at what cost? 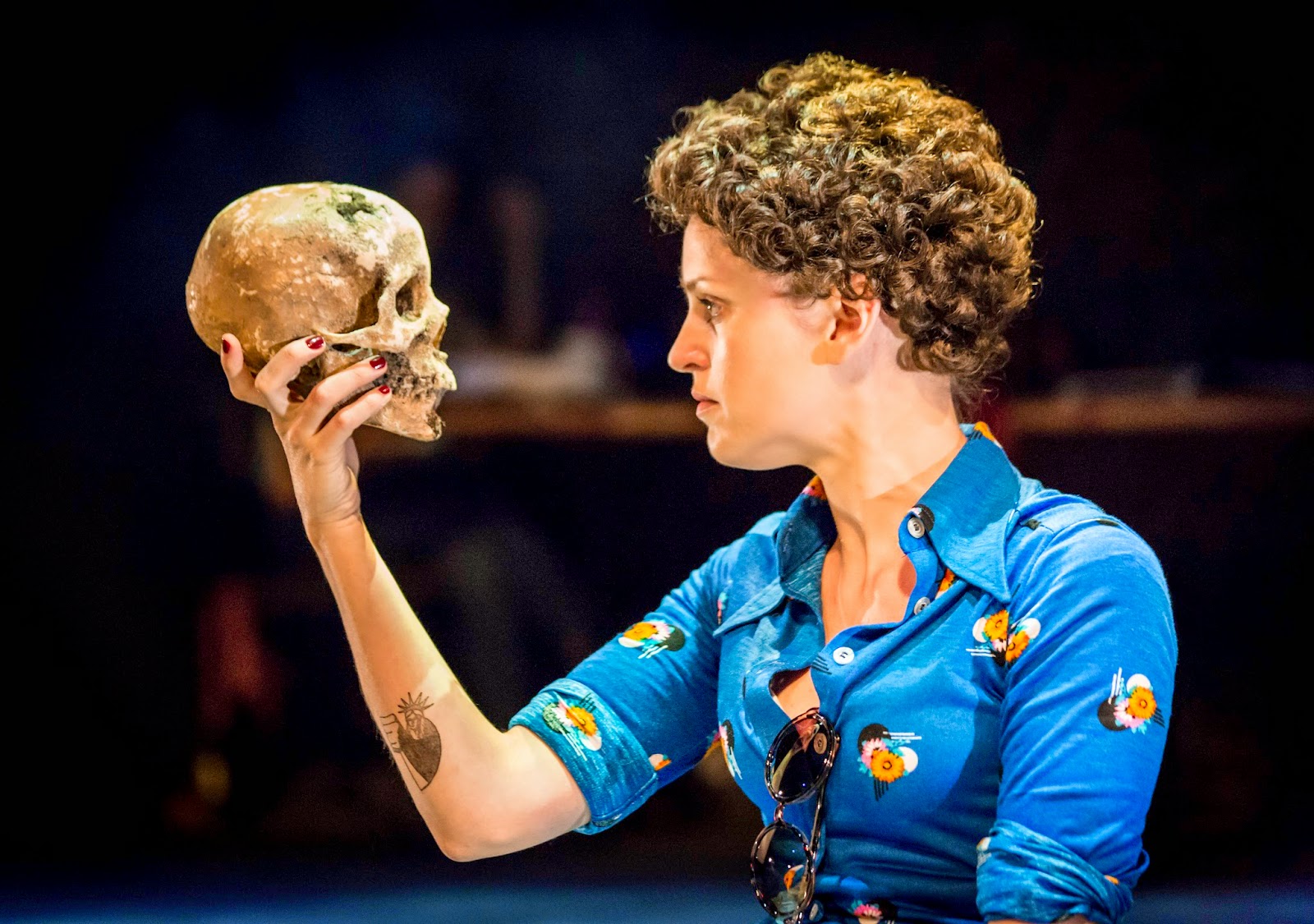