'The Great War' review or 'Duck for cover!' 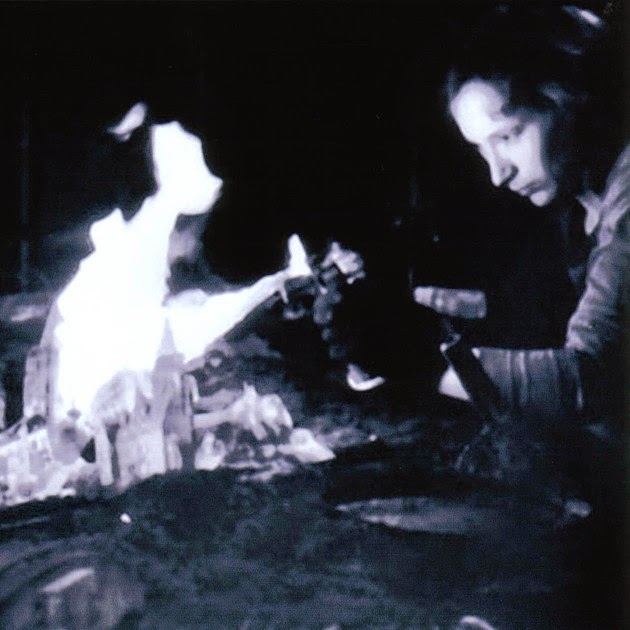 Little sprigs of parsley wave tentatively against a bleak backdrop. Projected onto a screen, they look like trees. Suddenly fire – blasts from a battle – appears and scorches the forest to smithereens. Water beats down and the trees, like fallen soldiers, drop to their knees in surrender. We can smell burning and, if we moved a little closer to the stage, we might just feel the rain on our faces. This is Hotel Modern and Arthur Sauer’s multidisciplinary marvel of a show, ‘The Great War’, which resurrects the war with such vitality that we can almost taste the battle.

The stage looks like a Katie Mitchell show on heat. Microphones are scattered about the space, a man sits at a pimped sound desk and a huge table, filled with mud and tiny props, runs along the side of the stage. Black clad-performers scamper about the space and a huge screen hangs above them. This is theatre with all the wiring exposed and – yet – once the show begins and the filming takes off, ‘The Great War’ is an uncannily realistic and involving experience.

The show starts on a jokey note, more cartoonish than graphic horror. With the help of a large map and some clunky Monopoly-esque figurines, the company sketches in the context of WWI. Following the assassination of Archduke Ferdinand, the camera pans back and the screen reveals a map filled with model canons. An actress pronounces the first few declarations of war – ‘Hungary declares war on Serbia’ - but gradually her speech is reduced to a scatter-gun of countries, as the whole damn world essentially declares war on itself. The lights dim and we are plunged into battle.

It is a savvy start and the mildly comical tone – and over-scaled models – reminds us just how removed most citizens were from these opening phases of the Great War. A devastating chain of events was kicking off but it was too big and too distant to take seriously. It is only when the fighting begins – and the soldiers are drafted in – that the war becomes a real and deadly thing.

We start small. The camera focuses in on a little patch of land, which is gradually filled with overgrowth (the head of an upturned broom) and shrubbery (the head of a broom painted green). There’s a vaguely domestic tinge to these props, which reminds us of the precarious connection between these battle fields and the life back home that these soldiers have left behind.

Two legs traipse across a muddy battlefield, as an actor reads one of many extracts from letters written by soldiers on the front. On the stage, we watch an actor guide two model legs across a table filled with potting soil. On the screen, we watch these two legs – accompanied by a perfectly synchronised sound track from Arthur Sauer – squidge through a muddy battlefield. When we see the image on screen, it feels like these legs are attached to a body. The fact we know these legs are body-less limbs lends the scene a ghostly feel; every solider we see trudge across the battlefield has the shadow of death hovering about them.

The duel reality of the show – the clash between the reality on stage and the super reality projected on the screen above – taps into the gulf that opened out between the soldiers at battle and the world back home. Yes, the soldiers wrote home. But, they normally note with a very brave face; at one point in the extracts, a soldiers declares: ‘I will write more when I am less sad’. Yes, there were reports in the newspapers – but these stores were heavily censored. The reality of life at battle was kept removed from the world at large – a fact that is brilliantly emphasized in this show by the strange relationship between the mini-models on-stage and the awesome images projected on the screen above them.

The facelessness of the model figurines is also important and powerful. In one particularly intense battle scene, a bunch of figurines are propped up in the sand as roaring gun-fire blasts them to the ground. The battle unfolds on repeat, as the figurines are blasted down and then picked up, put back in their spot, and blasted down again. The same figures, with blank faces, are used repeatedly; it’s a visual trick that conjures up the enormity of the casualties suffered in WWI and the anonymity that magnitude invoked. Occasionally, the figurines are knocked down by just the flick of an actor’s finger – how casual and arbitrary death becomes in a war this big and this endless.

The use of the ‘little’ in ‘The Great War’ actually means this is one of ‘biggest’ shows about WWI you will ever see. In one scene, a soldier surveys the battle-damage from inside his submarine. The camera focuses on a tub filled with toxic yellow water and screen fills with a cloudy ocean. From above, an actress drops a succession of ‘tiny’ props and figures into the tank. On the screen, a world of destruction zips past our vision. Trumpets, gates, twigs, chairs, horses, pictures, gramophones – and soldiers, soldiers, soldiers float past our eye-line. The objects pile up on the bottom of the tub and whole screen fills with the deadly detritus of battle.

At one point, as we scan along the muddy battlefield as gun-fire rattles and sparks fly, the camera zooms in on an abandoned house. In reality, this is a model-house. But on the screen it’s a family’s lifetime; a living room filled with a mirrors, photos, chairs and crockery. In an instant, we watch the living room – and the lives it once held – reduced to nothing.

This isn’t just a visual ghost-ride – so many of the scenes tingle with gentle symbolism. In a final image, a patch of mud is gradually filled with soldiers’ bodies. Every time we imagine the space is full, more bodies are piled on until the screen is packed with soldiers. Mud is scattered over the figures, so their shapes are obscured.  A wind blasts through, sprinkling the soldiers with dust. Rain pours down and obscures them further. Time passes and the cycles continue until these soldiers, once a mass of recognisable men, are covered by vegetation and trees. Hidden and buried – but never forgotten.