'Tutto Bene, Mamma?' or 'Someone's over-indulged on the scents!' 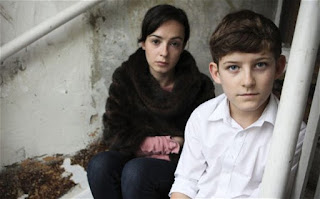 Pitch darkness that isn’t very dark. Smells which are hard to place and mildly annoying. An immersive soundtrack that seems to be playing on loop from just one speaker. A level of volume control that is frankly absurd. And a kid that will not stop whining.

‘Tutto Bene, Mamma?’ - written by Argentinian born Gloria Mina and adapted by April De Angelis – isn’t exactly a barrel of laughs. It is also an offence to the senses. The show is set entirely in the dark and is meant to engage with our senses. But there’s just one hitch: Ewan Marshall’s sloppy production shows a blatant disregard for the senses.

The play is set in the dark for some relatively good reasons. It’s based on a real-life story, in which an American boy was so scared of being sent into foster care that he stayed at home with his mother’s corpse for a month. It is a gruesome tale, which could play havoc on the mind if staged in pitch black. The impact of this child’s sudden isolation could also hit particularly hard in the darkness.

All good in theory. Terrible in practice. First off, the darkness isn’t that dark. ‘Not I’ at The Royal Court – now that was darkness. This is more like being nestled in bed with the hall light still on. Instead of releasing our other senses, this half darkness actually makes us strain harder to see the actors on stage. The only time the darkness frightens is in the opening scenes, when Paul Wright’s Man circles threateningly. Otherwise, the pseudo pitch black state simply frustrates.

The sound work is just as shoddy. Sound designer Benny Nilsen spent some time recording the streets in Naples, where Mina has relocated this story. But whilst the sounds are authentic, the employment and execution of these sounds is terrible. It feels like the street sounds are being played on repeat and piped through just one speaker. To make matters worse, the scene changes are marked with really loud scraping noises. Sound is repeatedly used to structure the production rather than augment the script. Very odd.

The circular soundtrack and overblown sound effects mingle oddly with the real-life sounds on-stage.  So, whilst the sound of a door being slammed might be miked up, the sound of footsteps is real. There is no consistency and we jolt awkwardly between a surreal and real landscape. That is to say nothing of the flies that are so loud they sound like aeroplanes and the birds so booming, they could be dinosaurs.

And then there are the smells, which consistently undermine the action. Laura Donnelly, as the worn out mother, mentions a burnt birthday cake. The smell of burnt toast duly wafts through the venue. Later, a vaguely horrible stench drifts through the theatre. I think they might have been going for rotting flesh – but what it actually smells like is a very long day at the perfume counter in John Lewis.

Finally, the script. It’s not brilliant and the translation, by April De Angelis, is clunky. De Angelis is a funny and tidy writer but she doesn’t strike me as a deeply theatrical one. The themes of smell and sight are weaved mechanically into the script. Georgia Groome – playing Kevin from Home Alone on a very very bad day – is repeatedly required to state his actions: ‘I’m opening the window now.’

Theatre in the dark is not a gimmick. It is a brilliant device which, if used well (I’m thinking of Fuels’ blindingly good show ‘The Ring’) can augment the power of theatre to an extraordinary degree. But, done badly, and all you’re left with is a number of actors fumbling in the dark and a really bad smell in the air.