'Man to Man' review or 'Is that a hare's foot in your pocket or are you just happy to see me?' 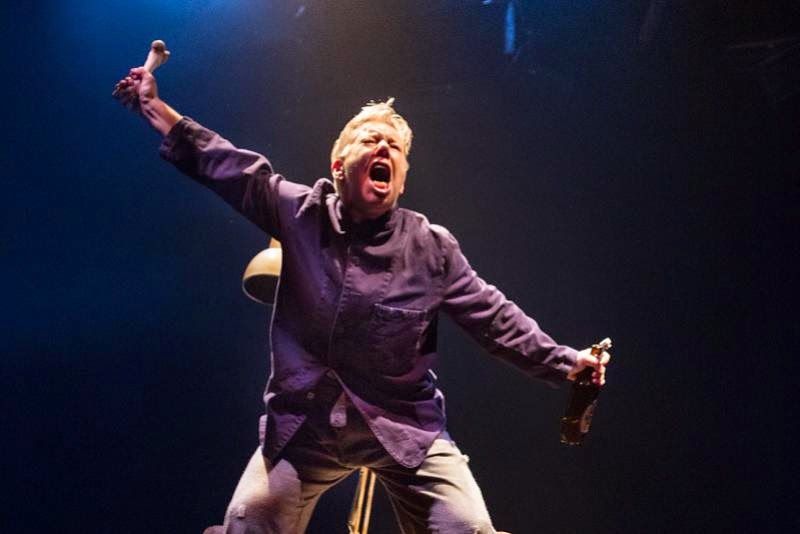 There’s no denying that this one-woman show, starring Tricia Kelly, is mightily ambitious. Written by East German playwright Manfred Karge and rarely revived, Man to Man depicts a German widow – Ella Gericke – who decides to impersonate her dead husband, Max, and take over his life. The play opens with Hitler’s army advancing, spans 50 years, covers dozens of characters and includes a number of surreal dance, dream and fantasy sequences. Demanding indeed – but a bit of a mess.
Man to Man launched Tilda Swinton’s career in 1987, which gives you an idea of the versatility and, well, wackiness required to take on this challenging role. Kelly has a damned good go, and turns in a committed and occasionally forceful performance – but it’s all just a little dogged and heavy-going.
When it comes to the manly side of Ella’s new persona, Kelly is very strong. She has a deep "geezer" voice and, when she barks that she is "man enough to wear the faaaaakin' trousers", we believe her. It is the less bolshy moments, the spooky lyrical sections and sexily tinged fantasies, that fall flat.The most compelling scenes are those in which Ella, with her sweaty hair and pot belly, transforms into a brutish man in front of our eyes. We watch Ella’s first few days masquerading as a man, as she takes over her husband’s job as a crane operator and banters with his colleagues. In one particularly fierce scene, Ella sits on a chair – her legs splayed open – and swigs beer with the lads. Ella’s aggression builds and builds until, with defiance sparking from her eyes, she blasts out the words: "Ich bin ein Deutsche Mann!"


It’s hard to blame Kelly for these failings – this is a uniquely peculiar play. Sections of the dialogue are written in rhyming verse, which lend the show a warped fairytale feel that never quite sits right. Other sections are filled with metaphors so overwritten, it’ll make you blush: "Daddy cancer sends his daughters on the rampage". There’s a mix of high and low language, fierce and floaty dialogue, that is fiendishly difficult to get right.
Director Tilly Branson shies away from the play’s stranger moments. Certain surreal sequences, such as a warped cabaret or bizarre pregnancy fantasy, demand a strong directorial hand – but little happens except a slight lighting twist or some clanging music. It feels a tad half-hearted; perhaps Branson was going for a frighteningly integrated approach but it comes across as nondescript.
The play jolts through Ella’s life, jumping from one job to the next, with the fraught political context shimmering in the background. This is a juddering and occasionally baffling production, which is hard to engage with and harder still to enjoy. It isn’t until the final scene, in which a frightened Ella marches, jaggedly, to a thudding distant beat that the acute fear and alienation felt in Hitler’s Germany finally makes itself known.