'Electric' review or 'Are you ready for some reel time?' 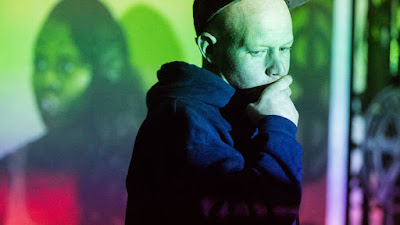 In 2013, The Big House theatre company stormed out of the blocks with ‘Phoenix’, a play about an aspiring sprinter struggling to outrun the demons that haunted her after a life in care. It was a smouldering and soulful show. ‘Electric’ is a much more stuttering affair. Part site-specific and part museum tour, and with a million mini-dramas folded in, ‘Electric’ fails to light up the Rio cinema.
The same core team is place – writer Andrew Day and director Maggie Norris – and, once again, the actors are all care leavers. But whilst ‘Phoenix’ directly explored the impact of care on the young, this latest show is far more oblique. It’s Rio cinema’s hundredth birthday this year and ‘Electric’ is essentially a run-through the building’s eventful history. There’s a common thread about female repression but it never becomes a powerful component of an overstretched show.
The found space is a little disappointing and is really just a series of musty rooms in the cinema’s basement. The corridors are reserved for the past: this is where we learn about Rio’s early days in the 1920s and its brief history as an air raid shelter in 1940. One room plays host to a studio record and another room, a '70s strip joint.
Designer Ellan Parry has plastered the main space with movie posters and moody lighting. This is where we meet ex-offender Faith (Henrietta Imoreh) and projectionist and movie-afficionado William (James Hogarth). Both Imoreh and Hogarth are fiery performers and there is a real tenderness between them, as William helps Faith see herself in a better, softer light. But every time these scenes start to fizz, they’re interrupted by laboured film lectures. This company burns with energy but it keeps getting snuffed out in this fractured and frenetic show.