'This May Hurt a Bit', Stella Feehily
St James Theatre, 20th May 2014
Written for Blouin Artinfo 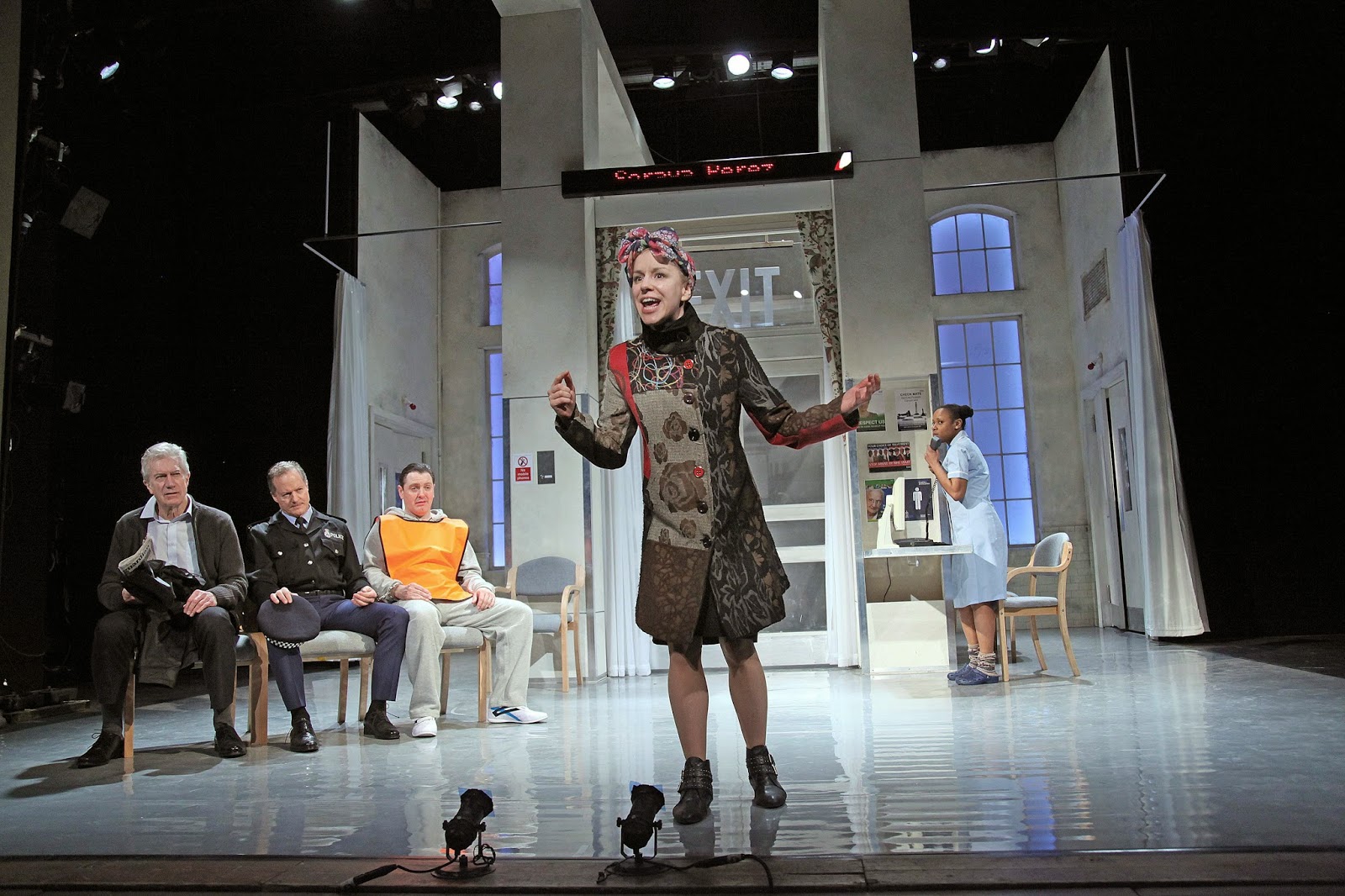 This May Hurt a Bit is a lively new play about the steady dismantling or – to use the political terminology - ‘major reform’ of the National Health Service. There are jargon jingles, Grim Reaper cameos, hideous hospital mishaps and a general air of spirited rebellion. At one point, following a nurse’s furious rant about her impossible working conditions, a lady sitting next to me screams out, "Hell yeah sister!" This play has clearly hit a nerve with a lot of angry people.
Max Stafford-Clark and his company Out of Joint have long been known as one of Britain’s most politically minded theatre companies. This May Hurt a Bit, which is written by Stafford-Clark’s wife Stella Feehily, is about as overtly agitprop as theatre gets. Let’s make no bones about it: this show is a giant "Fuck You!" to David Cameron and his Conservative government. It is a palpably pissed off production, which might be a little heavy handed but is still a passionate and important piece of theatre.
The action unfolds against designer Tim Shortall’s nimble set, which represents the ghost of a hospital ward but also accommodates a range of other locations. The play jumps between 1948, when the NHS was pushed through by Minister of Health Aneurin Bevan and 2011, when staff and patients at the Harrington hospital are beginning to feel the effects of Cameron’s "reforms."

There’s an off-beat feel to Stafford-Clark’s gung ho show, which uses humour as its chief weapon. There are number of sing song jingles, during which beaming doctors bleat out grim excuses: "He died of natural causes!" A sign reads "The NHS is unwell" as a dying sixty year old lady groans, "Nobody tried to ruin me until Margaret – she cut me to the bone!" And a crazy ward patient, really a Shakespearean soothsayer in disguise, screams out a rally call, "Let’s burn down the houses of Parliament!"


The deft ensemble cast jumps between sharply defined roles with admirable ease. Frances Ashman plays a nutty patient one minute, a smooth talking consultant the next. Hywel Morgan is a political legend one second and a put-upon hospital porter only moments later. The rise and fall of the actors, from great heights to miserable lows, reminds us how vulnerable we are to the whims of ill-health. One unhappy patient warns us, "You never know what’s going to happen to you."
Stephanie Cole is superb as the matriarch of the show, an old lady who witnessed the birth of the NHS and is bloody determined not to let it die. Cole turns in a commanding and whip-smart performance and adds a little human warmth to what could have been a brittle show. Frustrated by her children’s apathy, she despairs: "None of your generation know how to fight!" Let’s hope she isn't right.