'The Testament of Mary' review or 'We all have our cross to bear.' 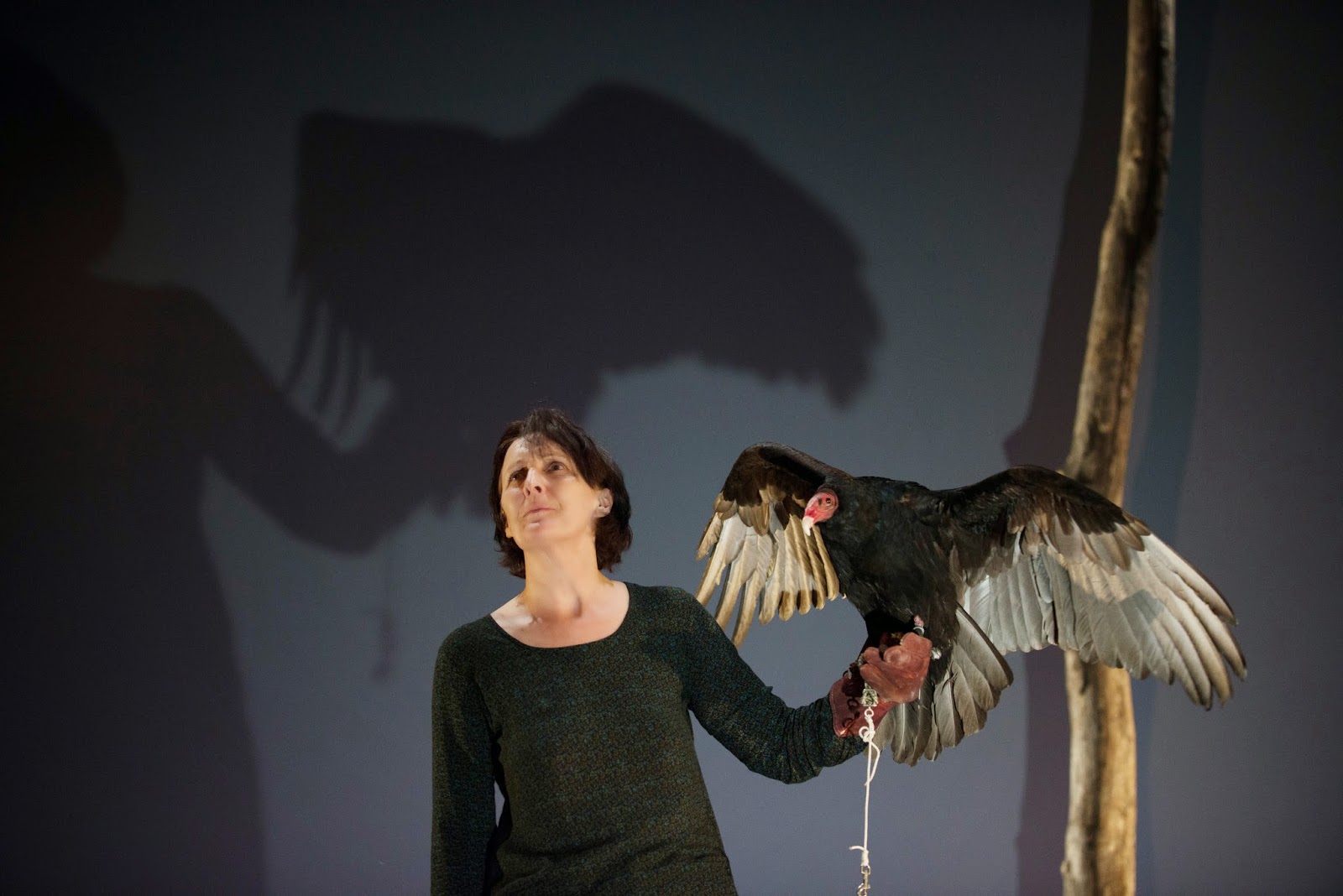 Fiona Shaw relishes theatrical challenges and this one-woman play, directed by long-term collaborator Deborah Warner, is her most demanding show yet. The Testament of Mary is an adaptation of Colm Tóibín’s celebrated novel, which tells the story of Jesus’ crucifixion through the eyes of his mother Mary. It is a thoughtful and difficult piece of work which sounds pure and distilled but echoes with endless provocations. It makes for a beautiful but challenging piece of theatre.
Warner and designer Tom Pye have created a simple and deeply evocative set. There is a whiff of the contemporary art gallery about the sparse stage which features a few scattered props and a huge suspended tree trunk, with just a flicker of the crucifix about it. It is stage that feels full of loss and absent meaning, hovering just out of reach.
Jennifer Tipton’s beautiful lighting design emphasizes this idea of a ‘missing’ meaning, which we might connect with if only we could just ‘believe’. The looming Barbican walls are initially draped in black sheets but, as Mary’s story progresses, the sheets drop away and the walls are lit up with vast and abstract lighting states. They look a little like giant Rothko paintings and we are reminded of the faith and soul-searching that both the arts and religion demand.
Shaw strikes a modest figure amid the glowing walls and expansive stage. She looks very small and very ordinary, dressed in scruffy clothes. Shaw’s Mary speaks proudly but wearily of her clever son who ‘could’ve done anything’, if only he’d put his mind to it. When Jesus’ followers talk of him changing the world, Mary spits out laughingly, "What, all of it?!" Shaw and Warner have worked on many Beckett plays together and there is something distinctly Beckettian about Mary’s gruff humour and resolute refusal to buy into a ‘bigger’ meaning or larger purpose in life.
It’s pretty hard going and there is flatness about Mary’s melancholy that sometimes saps the show’s energy. There is also a lingering emptiness about Shaw’s lonely Mary, who cannot bring herself to say her son’s name. At one point, Jesus turns to his mother and cries out “What have I to do with you?” and the stage turns cold.
There is a vacuum at the heart of this show – a space where a son’s love for his mother should be and a gap where Jesus and Mary have been lost to myth. But there is something strange about this absence, which quietly hints at something bigger that we cannot quite see. When Mary finally brings herself to say those sacred words – ‘the son of god’ – the stage is enveloped in a deadly silence. The whole world stops and, just for a second, something mystical hovers in the wings.