'Pssst! Secrets of a White Rabbit' review or 'That's one heck of a handy handkerchief.' 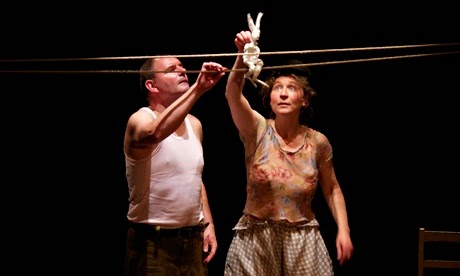 Let’s get one thing clear straight away: there are no real rabbits in Michael Döhnert and Melanie Florschütz’s children’s show, Psst! Secrets of a White Rabbit. My four-year-old god-daughter Blue was, frankly, gutted when I broke this news. But once we bunny-hopped over this initial hurdle – and it took a lot of blustering chat about the magical power of the imagination – this German mime show (bear with me here) turned out to be a properly enchanting production.
The age recommendation for the show is two years plus so it is, by necessity, very simple. The rabbit in question is little more than a scrunched-up handkerchief, with a couple of stick-on beady eyes. The set is made up of a couple of suspended sheets, some scrappy props and a few battered-looking instruments, and the costumes look like they’ve been pulled from a dusty old attic. As I said, very simple – but enthralling from start to finish.
Döhnert and Florschütz don’t say a word throughout the show, although they do make a lot of silly noises. I think Blue would have been happy just to watch Florschütz’s face for the entire half-hour; she is one of the gentlest and most expressive performers I’ve seen, and the kids adored her. Every time Florschütz giggles, the audience squawks in delight and, when her eyes open wide with mischief or wonder, the kids’ mouths drop open. Honestly, if Florschütz had stood up in the middle of the show and motioned to the kids to follow her right out of the Barbican, we would have had a tough time holding them back.
The piece begins with some gentle clowning around until (finally!) the rabbit makes an appearance – and what a disappointment this raggedy little rabbit initially appears to be. Blue’s face is a treat, as the fluffy creature of her dreams is replaced with a scrappy old handkerchief. I fear a massive meltdown is imminent – but the rabbit, aided by our two gentle clowns, begins to come to life.
A cardboard box is opened, and a light switched on inside – and suddenly, this handkerchief rabbit has a home. A ladder appears, and Florschütz, mischief oozing from every pore, places the ladder so that it reaches right up to Döhnert’s bum. Quietly and skilfully, the rabbit creeps up the ladder and disappears inside Döhnert’s jacket. Later, a rope is pulled across the stage, and the rabbit – now happily nestled inside a bowler hat – sails across the ropes, which surge like the sea.
Gradually, the rabbit grows in stature, and the modest space is filled with a life of little adventures. A drum is suspended above the stage, and the light shines through it in such a gentle way that it now looks like the moon. Everyone practically sighs in unison, soothed and happy, and a little bit in love with a handkerchief dressed as a rabbit. 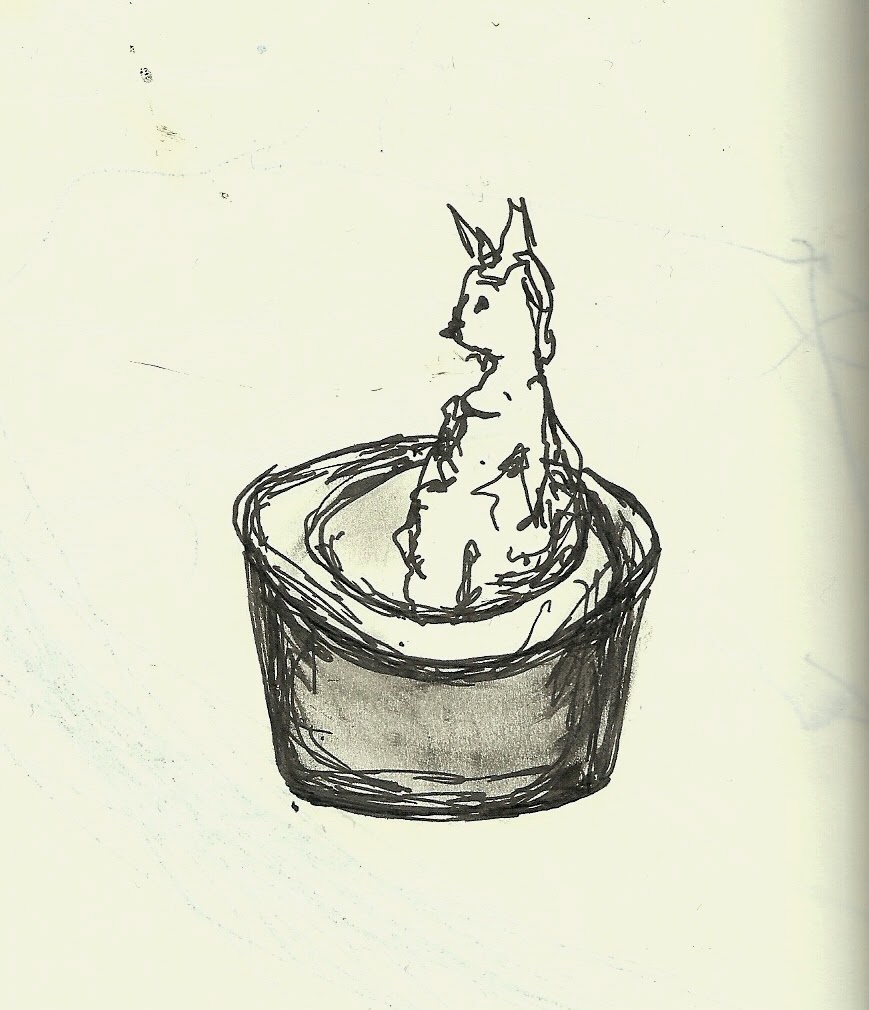