'Confirmation' review or 'I think you need a new conditioner.' 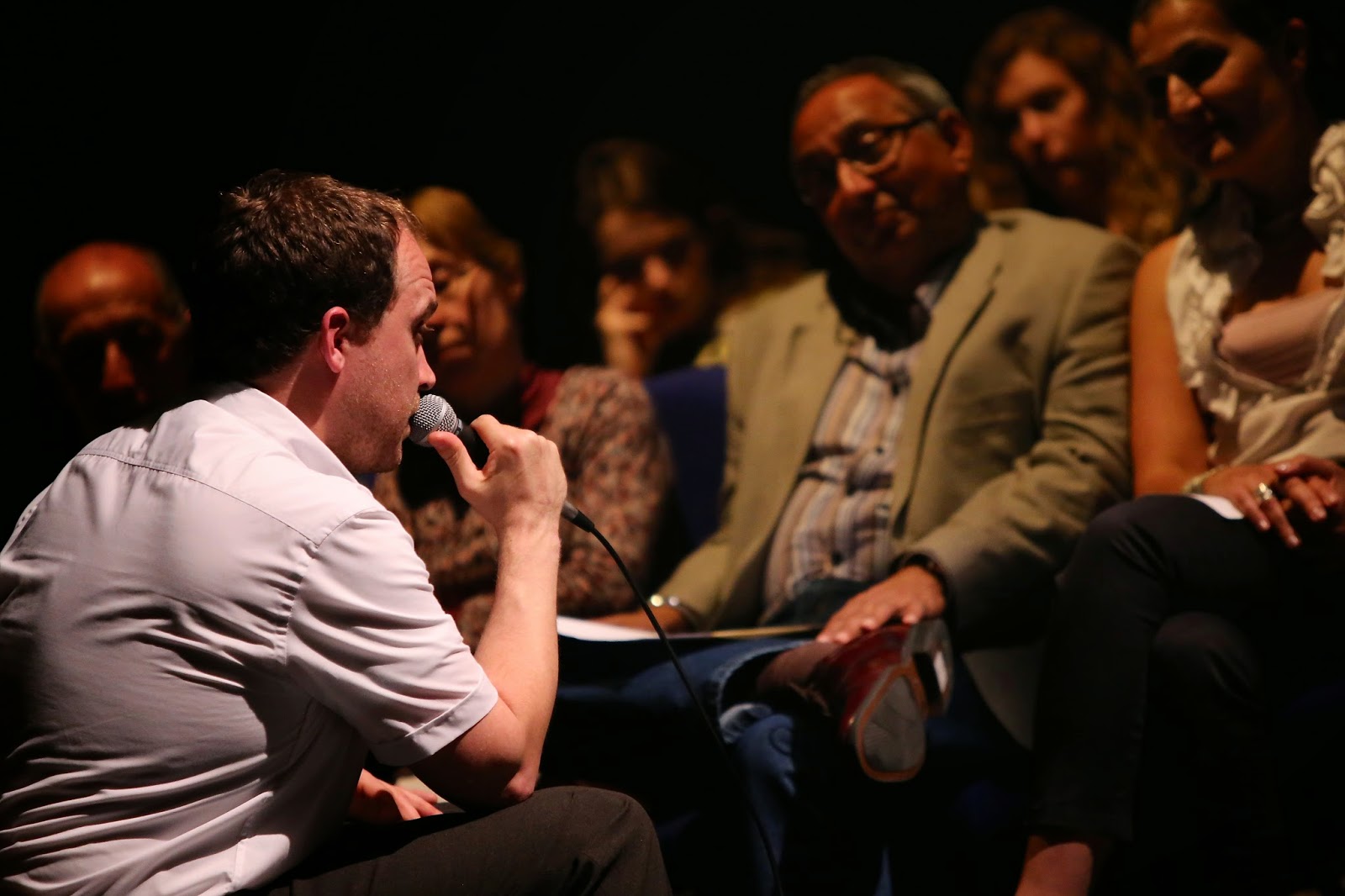 How do we get outside our own heads in order to understand someone else’s point of view? This sounds like the basic point of theatre, right? Come to think of it, it also sounds like the main purpose of the arts in general: to inhabit somebody else’s character (or lots of characters) and take the audience or reader with you. This is the aim of Thorpe’s latest mind-bending and heart-prickling show, ‘Confirmation’, in which Thorpe attempts to understand and even inhabit the mind of a white supremacist. It is a painful and deeply provocative process.

Thorpe has always traded on his natural likeability as a performer and used it to startling effect. In ‘There Has Possibly Been An Accident’, Thorpe’s fluid and frank tone as a narrator, as he calmly rattled through a chain of seemingly innocuous events which would ultimately lead to disaster, soothed the audience and stopped us from anticipating this devastating outcome or guarding against it. Thorpe’s innate ‘niceness’ helped the audience ease into the role of passive spectator, which is pretty bloody important in a show which toys with the idea of free will and fate.

In ‘Confirmation’, Thorpe begins by playing ‘himself’ (or a version of himself) and gradually, and then jarringly and really quite violently, jumps between his own thoughts and those of white supremacist Glen (not his real name but still based on an all-too real person). Thorpe prepares us with a quick psychological test, involving a series of numbers and the supposed connections between those numbers; a connection which is in, in reality, only ‘true’ because we, the audience, desire these imagined or personal connections to be confirmed.

Thorpe explains that the confirmation bias is a term used to explain the way in which we favour information that confirms our beliefs. That’s why we read the papers that fit most comfortably with our own political perspective. It is why we pick like-minded friends and gravitate towards jobs that confirm, rather than question, our outlook on the world. It is why most people walk around thinking they are right and the world is wrong, rather than the other way round. It is also why we find it so hard to understand people who do not conform with our beliefs. Put simply, we are wired not to agree with or honour these ‘wrong’ views - and that kind of dense wiring is very tricky to untangle.

Director Rachel Chavkin (of the phenomenally probing theatre company TEAM) does a sharp yet subtle job of suggesting the struggle that Thorpe experiences, as he talks with and tries to understand Glen. The stage space tingles with aggression and hints at Thorpe’s intellectual tussle but perhaps, also, Glen’s gradual invasion of Thorpe’s head space. Thorpe uses the microphone in a very particular way and frequently flicks the mike lead over the chars placed in the centre of the bare stage (we the audience are seated in a circle around this space). Often, the mike lead whips up close to the audience – a physical threat, but one that is never fully realised. The chairs also become symbols of aggression. As Thorpe spends more time with Glen, the chairs get drawn into the struggle. These are such slight movements but they mean a lot in a show this tight, intense and visually economical. At one point, Thorpe lifts the chair above his head – and the violence that little lift promises is really quite frightening.

Then there is the way that Thorpe uses the volume of his speech. At the beginning – as with at the start of many of Thorpe’s shows – we are hit by a barrage of words. It is hard to get a hold on what Thorpe is saying and it feels a bit like being slammed in the face with a dictionary. Gradually, though, some sense begins to rise up from that vocal onslaught. Isn’t it interesting, suggests Thorpe, how event the most aggressive of speech can serve a purpose – if only you sit and listen for long enough?

Thorpe engages with his audience with such sophistication and ease. I’m not sure I’ve ever seen a performer who the audience wants to like so badly; and what an incredible skill that is to have, when trying to get us to understand or at least engage with the very people who might normally abhor us. Thorpe places his chair right up against the front row and asks people to read out various quotations. Sometimes the audience members take on Thorpe’s personality and at other times they take on white supremacist Glen’s. Personality becomes an exquisitely fluid thing. We begin to contemplate the subjectivity of our own judgement and just how different words feel, according to who utters them, what they look like – and where they are seated in relation to us.