'The Belle's Stratagem' review or 'Dads in drag and girl bands in bonnets.'

‘The Belle’s Stratagem’, Hannah Cowley
Southwark Playhouse, Saturday 10th September 2011
Written for Time Out
Spice Girls’ songs, gay best friends, psychological warfare and a slew of fiercely independent, single women. It sounds like ‘Sex and The City, The Musical’ but Hannah Cowley’s ‘The Belle's Stratagem’ was penned in 1780. Red Handed Theatre Company are the first to revive it in 100 years and are making up for lost time with this impressively irreverent and coherent production.
The action still unfolds in 18th century London, with ladies swirling around in their finery and men, with cut glass accents, bounding about in breeches. Director Jessica Swale also stays faithful to Cowley’s plot, which sees Letitia Hardy, with the help of her wily widowed chums, scheme her way into her reluctant fiancé’s favours.
Where Swale departs from the original is with her cheeky, contemporary flourishes and bonkers musical numbers, composed by Laura Forrest-Hay. Four girls dressed in white, washer women caps perched primly on their heads, form an impromptu girlband. It’s like watching a nutty X-Factor audition, as a group including S Club’s 7 Hannah Spearritt, shimmy along to strains of Lilly Allen, Sugababes and all things girl power.
Perhaps unsurprisingly, it's the ladies who get the loudest laughs. Maggie Steed's Mrs Racket, encased in a puffy dress as bold as her bright red hair, is a kinder Cruella DeVil. Gina Beck’s Letitia Hardy is wonderfully reckless; Elizabeth Bennet on a particularly stubborn day. But the biggest lady of them all is camp friend Flutter (Christopher Logan), whose gasps of delight at each new dotty development mirror our own. 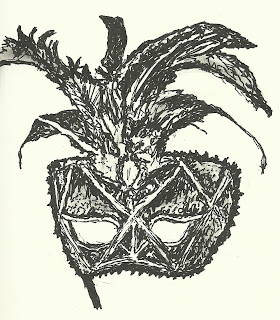