'Captain Amazing' review or 'Is this cape reversible?' 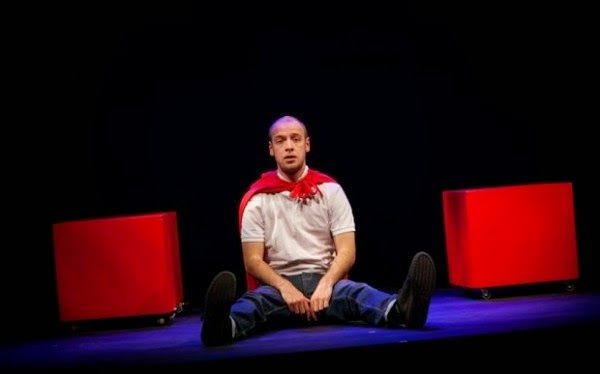 A father’s daughter gets sick and, in a bid to save her and himself, he adopts the guise of a super hero. ‘Captain Amazing’ could be seriously cheesy but there is an emotional clarity about McDowall’s writing that keeps this play sharp and surprising, even at its most sentimental. ‘Captain Amazing’ is a relatively gentle ride (especially when compared to the ballsy swagger of McDowall’s earlier play, ‘Brilliant Adventures’) but it is still a gently amusing and heartfelt show.

‘Captain Amazing’ avoids Disney flavoured cheesiness for four reasons: McDowall’s frank and nimble writing, Clive Judd’s sensitive direction, Rebecca Glover’s witty illustrations and Mark Weinman’s knock-out performance. This is a one-man show and it’s hard to imagine anyone but Weinman taking on this role. He is the ideal actor for McDowall’s work; grounded, dryly amusing, no nonsense and with just the right combination of manly bluster and hidden heart.

There’s little set design other than a couple of stools (all the better to fake fly on) and Rebecca Glover’s illustrations, which are projected onto two modest screens on-stage. The illustrations really complete this show and effortlessly tap into the essence of McDowall’s writing. Glover’s pictures are made to look childish; naive, simple and wonky. But they are also brilliantly perceptive and possess that accidental – or unfettered – understanding that seems to come so naturally to kids.

The sketches in the earlier scenes, when Mark is a lonely chap whose life revolves around his boring job at B&Q, are stripped bare. Mark’s house is made up of a window, a chair and lots of empty spaces. After Mark meets his girlfriend and future-wife, the room begins to fill up with the colour and the clutter of a life nearly lived.

The fantastical moments, when Mark takes on his mantle of Captain Amazing, are accompanied by pictures of elaborate secret lairs, massive sparkly bombs and dodgy superhero costumes. The sketches look set to burst with those spiralling details, which spill out of us when we imagine when we are young. The images radiate with an energy and humour that has, until now, eluded Mark and his pared down life.

Later on, when Mark and his wife split up, the picture of Mark and his family is broken up by a massive jagged line. When Mark visits his daughter Emily in hospital, the screen is entirely taken up by her hospital bed, the world reduced to Emily’s illness. Small details shine out. Emily is smiling in these hospital pictures and one is reminded of the innate optimism of children, even when they are dealt the shittiest of hands.

The fact this is a one-man show piles layers of meanings onto Weinman’s thoughtful performance. Weinman plays all the other characters and, as his daughter’s influence grows, he is forced to take on more roles. His performance grows deeper. He becomes a more sophisticated actor and a more expressive father. The ever-expanding performance, the gentle scenes between father and daughter and the cut-away super hero scenes all point towards a man becoming the best version of himself he can muster.

There’s a beautiful scene – so deceptive in its simplicity – when Mark walks his daughter to school. Mark the actor plays both the father and daughter, who hold each other’s hands whilst walking. The daughter constantly looks up to her father and asks him questions. As Mark jumps between the two roles, looking up and down, he seems to get taller by dint of comparison with the little girl beside him. It’s such a packed little moment, which suggests how we hold our children within us and how, just by holding onto them, grow taller. 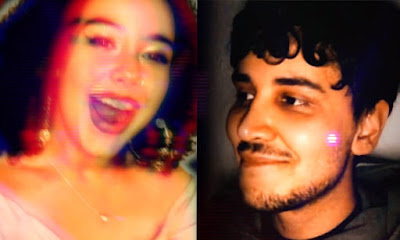 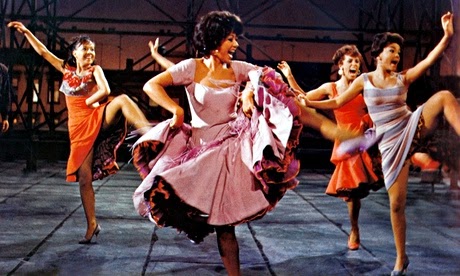