A Small Family Business or 'The Great Family Fiddle' 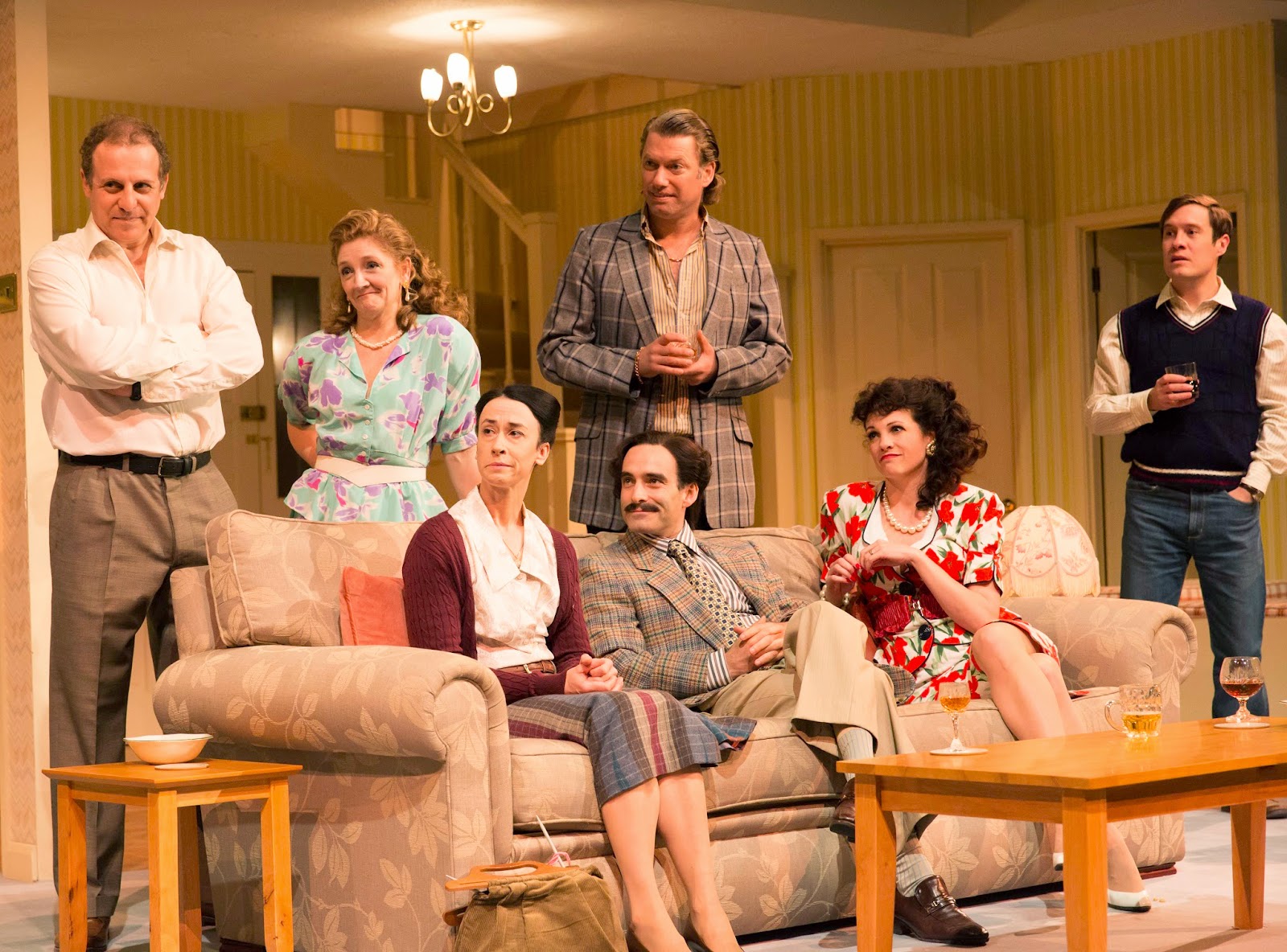 Alan Ayckbourn has become synonymous with the slickly written farce but A Small Family Business, which premiered at the National in 1987, is a dark and uneasy comedy. Don’t get me wrong – there are still physical japes and silly jokes aplenty. But this is a surprisingly weighty play, which uses a corrupt family business to examine the corrosive impact of a consumerist and self-serving society.
Jack McCracken (Nigel Lindsay) has left his job in frozen food to take over the family furniture business. At a party held in his honour, Jack delivers a stirring speech extolling the virtue of honest hard work. Little does Jack know that the entire family has been quietly committing full-on fraud behind his back. When daughter Samantha is caught shop-lifting, Jack is pulled into the family business and gradually drawn adrift from his strong moral grounding.
It takes a while for Adam Penford’s production to warm up and one can initially feel the audience straining for the laughs. Tim Hatley’s set is a chocolate box open house, with the roof and walls chopped off and seven rooms revealed. The early scenes jump restlessly between these rooms. The lights dim and flare, the dialogue is chopped up and the actors keep freezing mid-sentence. It doesn’t work brilliantly and feels a tad awkward for all the wrong reasons.

As soon as Samantha (Alice Sykes) is caught red-handed by the sinister private investigator, Benedict Hough, the show begins to settle. Matthew Cottle is superb as the ashen faced and nasally voiced Mr Hough. His lip glistens with spittle and, with his hunched shoulders, he looks like a tortoise retreating into its shell. He is the dark underbelly of this family; the ugly outcome of their increasingly amoral behaviour.
The open house set, which stands in for a number of different homes, cleverly emphasizes the knock-on effect of the family’s corrupt behaviour. As Mr Clough weaves his way through the home, sniffing out trouble, the entire family is sullied by his presence. An affair in one bedroom affects all the family bedrooms. Scheming in one living room overspills into someone else’s kitchen. A small indiscretion here, or a moral fudging there, gradually takes over every room in every family home.
As always at the National, the cast is strong and deep. Niky Wardley is frighteningly convincing as Jack’s designer wearing, gold clad and utterly amoral sister in law. The casualness of her indiscretions is dizzying, as she breezily discusses blackmail and murder. Nigel Lindsay tracks the slide from upstanding husband to slicked-back Mafiosi boss with great subtly. It’s impossible to spot the exact moment that Jack turns but, by the end, his transformation is absolute.
Debra Gillett is sympathetic – with just a hint of malice – as Jack’s supportive wife Poppy. At one point Poppy protests, “Everybody else works little fiddles, because that’s what the system is designed for.” The genius of Ayckbourn’s play is that his fiddles are so finely engineered - his structure so brilliant – that the slide from right to wrong and the divide between light comedy and tough social commentary is all but impossible to spot.