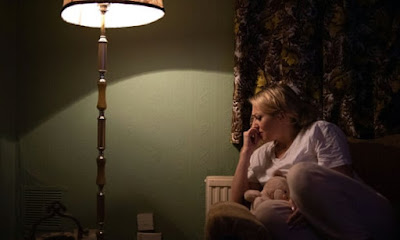 ANU Productions have been talking and listening to the women of St Helens for the last two years. The town has a relatively high rate of domestic abuse and Torch, which spans from the second world war to the present day, is an attempt to reclaim lost female voices. Sometimes there are too many voices and the show’s intentions turn hazy. But this is a passionate piece of immersive theatre, which grabs its audience and challenges us to help when we see others suffering.
It’s hard to say exactly when Torch begins and ends. Does the show start at the train station, with the conversation with a local councillor who proudly tells me that St Helens is a community that looks after its own? Or does it begin with the appearance of a frightened woman, anxious for our help? And does it end with a tea leaf reading session at the local Hippodrome, or perhaps with the heartfelt discussion among the audience, which continues long after the actors disappear? Director Louise Lowe has created a show so in sync with its location (a feature, too, of past productions These Rooms and The Monto Cycle) that the distinction between theatre and reality is near-impossible to draw.
Most of the action unfolds in a local council house that Maree Kearns has painstakingly dressed so that each room hums with the atmosphere of another age. We find ourselves in a bedroom filled with smoke and music from the 40s, and listen as a woman (Etta Fusi) breathlessly tells us about her new life of purpose, now she is helping with the war effort. We hear a heartbreaking monologue from a young mum (Sarah Morris) curled up on the sofa, who remembers the moment her children were taken into care. Nandi Bhebhe, eyes blazing with fear, dances so fiercely that the living room rattles. The audience gets increasingly involved: there are encouraging nods and smiles, and I watch a woman instinctively place her arm around an actress. Here is a show that inspires its audience to listen, respond and act with kindness.