'Golem' review or 'How do you freeze this frame?' 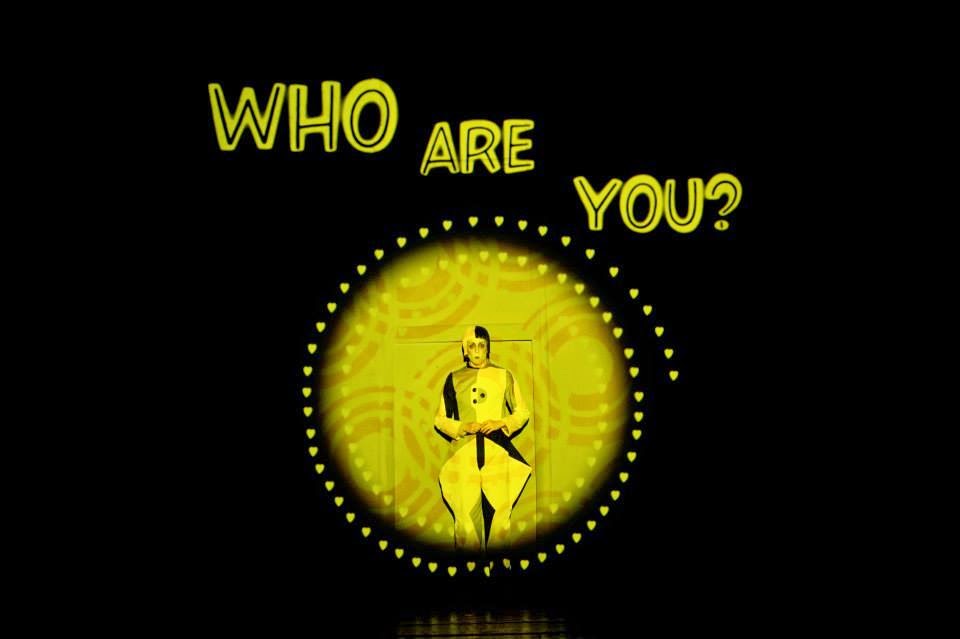 Small disclaimer. I spent the first twenty minutes of ‘Golem’ seriously distracted by the perpetual flashing emanating from a mobile phone a couple of seats down. This is obviously not down to the good people of 1927, that now lauded theatre company known for combining performance, music and animation with dazzling grace. However, my distraction is telling. This show is damn fine to look at but, if your concentration is taken even for a minute, it does start to slide away from you.

I wouldn’t be too concerned with the source material. ‘Golem’ is derived from Jewish folklore and, so the saying goes, is an anthromorphic being created to serve its master. In most incantations, this putty-like creature eventually turns on its creator. As with all mythical monsters, Golem has shifted over the years to reflect the peculiar horrors of each new age. In Gustav Meyrink’s 1914 novel, Golem was bound up with the awful fear and threat that lurked the Jewish ghettos of Prague. In this current stage adaptation, Golem has been linked with the strangely servile behaviour that the technological age might be promoting. Or something like that – the connection is a little bit dodgy.

Let’s not get too grumpy. There is still a lot to enjoy in this packed and colourful production, written and directed by Suzanne Andrade. The first half is an easy joy to watch as the company blend their animated projections, odd ball acting style and cheekily defiant, indy music with practiced ease. Imagine the delicate but twisted horror of a Tim Burton film mixed with jaunty angles of a Beavis and Butthead cartoon and softened by the kooky charm of a Wes Anderson film.

The attention to detail is quite something and the animated projections have been lavished with care and wit. Everything that might wiggle or flash or dazzle or dissolve does so. We meet the dusty and dotty Pattison family in their dusty and dotty home. The characters, with their mad wigs and angular faces, merge weirdly with their off-beat surroundings. Grandma Pattison chats discretely with a portrait of her dead husband, which is prone to the occasional head swivel and sly wink. The walls feel alive, the decor feels cheeky and each moment, alive with madcap potential.

The outside world is sketched with equally nutty but careful precision. We watch young Robert Pattison walk to his work, the wonderfully dreary Binary Back Up Department. The actor strides on the spot as a litany of oddballs slide past on a dynamic projection that lights up the back wall. There’s a touch of Monty Python to the projections, which freely mix doodles and careful draughtsmanship, reality and flights of fantasy, fine details and lunatic sweeps of the pen.

Yet as these walks to work continue and the same patterns (as glorious and detailed as they are) begin to repeat themselves, the show starts to lose its sense of purpose. Director Andrade and animator Paul Barritt get a little bit lost in the edges of their story. It takes a long time for the Golem plot-line to take off and, once it does, it lacks pertinence. One can see the ideas hovering about but they don’t stab at you, like you’d hope. Robert purchases a Golem (which looks like a massive version of the clay Morph we used to see on children’s TV) and he and his family slowly surrender to its influence. The Golem’s efficiency renders them increasingly useless and, when Golem 2.0 is introduced, this effect is multiplied. One can practically see these themes rise up from this production but they waft about a bit, a bi-product of this clever show rather than the fire that keeps it going.

There are just a few scenes that hit you square in the eyes. The best of these is when Robert, buoyed by his Golem and flushed with success, has a stab at internet dating. Two of the actresses sit behind high pillars and Robert stands in between the two. A voiceover rumbles overhead, blasting out Robert’s demands and the girls’ profile descriptions. Projections of countless outfits flash across the pillars and the girls transform, over and over again. The stage fills with flashing images, a world of activity and opportunity and endlessly multiplying choices. The two girls are obscured except for their faces, which look tiny against this storm of activity. The image of those two girls, minute and bodiless and stood still against a whir of activity they cannot control but might in some way control their future happiness, will stay with me for a very long time.