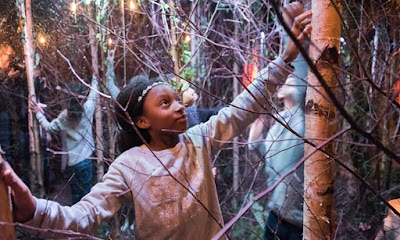 Before we enter The Wondercrump World of Roald Dahl exhibition, I ask eight-year-old Qeiva what she thinks of Dahl. She isn’t the biggest fan (though we’ll find some full-on geeks inside) but does think that “Dahl is very old and very new at the same time”. Blimey. There’s something about the author that encourages children to express themselves in the most wondercrump ways. 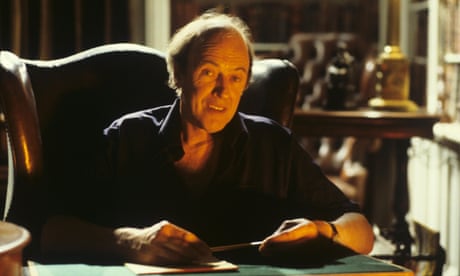 From Wondercrump to the Witches: where to experience the world of Roald Dahl

Read more
This exhibition (part of the year-long Roald Dahl 100 celebration) is an exploration and celebration of Dahl’s life and the extraordinary impact he continues to have today. We begin at the beginning, with his childhood in Wales, and it’s a fairly unpromising start for both Dahl and the young audience around me. A voiceover, written by Laura Dockrill, is read with much sparkle by Peter Serafinowicz but while there are some interesting titbits, it’s all a little dense and dry. The small room is packed with boxes full of illuminated photos but it’s essentially a stuffy museum with a few bells and jingles. The kids aren’t fooled that easily and – despite much gentle jollity from our guide Kate – they shuffle along slowly, looking mildly miffed and grumpy.
In the next room – there are eight in total – we find ourselves in Dahl’s boarding school, in Weston-super-Mare in the 1930s. The design picks up a little and swirls of letters hang above rows of desks that are packed with conkers, letters and teachers’ reports. One describes Dahl as a “persistent muddler” – which really tickles me but leaves the kids unmoved. Qeiva is yet to be won over and when she discovers a scrunched up piece of paper that reads, “Hold on to me, you’ll need me later,” she promptly shoves it inside an empty desk and takes off in the opposite direction.
As the years tick by and we move through the exhibition, Dahl’s life and stories begin to combine. We enter a sandy landscape (“Scary!” yelps Qeiva) and discover that Dahl’s RAF years were a direct inspiration for Going Solo. We creep through a shadowy forest that shudders with spooky sounds (she’s clutching my hand by this stage) and spot original sketches from Fantastic Mr Fox and a ginormous glowing peach.
Dahl’s stories flood the exhibition, which grows increasingly ambitious and intoxicating. We walk through an upside down corridor where the Twits’ spirit stalks angrily and then find ourselves in a mysterious library crammed with books. One kid is asked to push on the bookshelf: the shelf gives way and we’re transported into the loft from the BFG. “Now that’s a magic library!” whispers one Matilda fanatic behind me.
Having passed by a cluster of gleaming dream-jars, we end up in Concoction Kitchen. Qeiva’s inhibitions have dropped away and she merrily jumps up and down on whoopee-cushions and gets stuck in to a cooking demonstration. One girl creates an endless game for herself using slinkies dangling from the ceiling and another directs her own show with props clustered in the corner. The children are making magical worlds for themselves, and that’s just about the greatest testament to Dahl I can imagine.